Has it really been two years since I last updated my blog or wrote about any of my writing/artistic endeavors? Man, have I been lazy or what?
That’s not to say I don’t understand why it happened. In October 2009, just around the time of my last post, I began working more heavily for my former employer as we moved forward development on a series of websites built around our B2B newsletters. By May 2010, my increased responsibilities led me to become Online Publishing Manager, in charge of the sites’ day-by-day operations and uploading of the extensive archives. At the same time, I also had to provide content for the trade books (aka, everything you would buy in the now-defunct Borders) newsletter and reports.
As already mentioned, I’m no longer there, having left this past May (three years in) for a more employee-friendly and less stressful environment. Which is why, come to think of it, I’m here writing for you today.
You see, writing all day, every day, on top of managing five websites… well, it sucked every ounce of creative energy from me. Don’t get me wrong, I thoroughly enjoyed the job and looked forward to doing my part every day—I just didn’t want anything to do with computers after work hours. Honestly, Microsoft Word could’ve reached out of the monitor and smacked me upside the head and I wouldn’t have given a damn, that’s how much I wanted to keep my personal life away from writing.
I was creative, though. You don’t just cap off a volcano and expect it to sit still without lava forcing its way out across the hillside, know what I mean?
Anyways, remember the Master Dew sculpture I created back when? No? Did I even post that? Regardless, maybe this will refresh your memory. 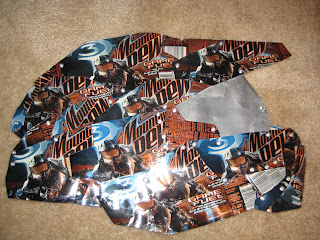 Better? Alright. Good. So, that being an homage to Halo, I decided to create an opposing piece (though, sadly, not out of Halo-branded Dew cans), which I proudly call The Dewlite.
[Editor's note: Pictures are lost for the moment, but I'll upload them as soon as I can find it them.]


I also flexed my drawing muscles (pencil on paper, that is) for the first time in years, drawing what could be/could have been the second and third pages of a potential The Nobodies graphic novel. 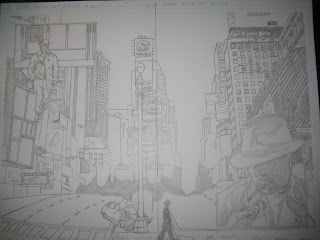 …though I did jump aboard and splash the pages with some digital Photoshop inking/coloring work, which could be seen on the cover for a market research report I wrote that same year. 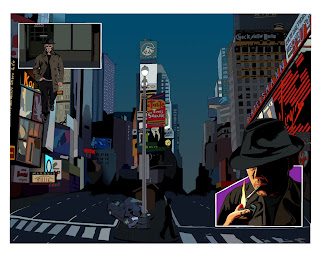 But what does drawing have to do with breaking into the book publishing industry? Nothing, unless you’re looking to go bankrupt self-publishing a graphic novel that, if you’re lucky, sells 100 copies, 90 of which are to family members and friends. That’s not a knock to anyone doing that (Dave, I’m looking at you here). Hell, I wish you all the luck in the world. You’ll need it. Seriously.
Art aside, now that I have the new job—one that doesn’t require me to be excessively creative every day of the week—I’ve dived headfirst into my own writing again, with excellent results (especially considering I’ve only been here four months). I’ve polished off a final draft of Sanity’s Flaw, courtesy of a frustrated review from my newest best good friend Hillary, who is going to pester me until the day I die for a graphic novel version (I did start a rough layout of the book, though I’m not sure if such a version will ever see the light of day).
The Sanity’s Flaw excerpts in the archives below, while still reflective of the overall style, have been adjusted accordingly in the final version, which includes some more descriptive terms in key scenes, additional scenes and chapters, and rewritten section introductions to more closely align the story with the more fully-developed plotlines seen within works later in the series (more on that in the future).
Why am I sitting on the final draft, though, if I’m so content with it? Well, again, more on that in the future (next week, actually!).
Since starting the new job, I’ve also finished the first draft of the latest version of The Nobodies, which was started back while the blog was ongoing. I’m currently knee deep in the second draft, which at present is pushing 90,000 words, with more than 2/3 currently in expanded outline format/first draft status. Honestly, it’s getting to the point that the book could (potentially) be a trilogy rather than a standalone novel, with each book taking on the subtitle of the three sections in which The Nobodies is broken into. Not sure how I feel about that at the moment, though it is intriguing, I admit.
And, well, now there’s this. “Of Playthings and Puppets,” fully updated and formatted, and in a new location to boot. Plus, there’s not going to be any filler this time. I won’t be bothering to write full-on reviews of movies or books, won’t just write for the sake of creating content and won’t be going heavy duty into my personal life anymore than is needed, either. I’ve been there. I’ve done that. And my time is far more usefully spent on writing things that I feel will bring my career and my skills to a new level, something reviewing the latest Dan Brown novel simply doesn’t do.
Here, at oPaP, you’re going to be getting writing for writing’s worth. With the occasional picture, drawing, random other artwork thrown in for good creative measure. Stay tuned, because it should be a Hell of a (fun, informative, mind-blowing, punch-you-in-the-gut-cause-you-like-it) ride.
Labels: Art Sanity's Flaw The Nobodies Updates videogames