Done done done… so what’s next?

After a grueling tug-of-war between my creativity and better judgment, on Monday afternoon I decided that I had (finally) reached the end of The Nobodies.

Of course, while technically an end, the decision didn’t mark the completion of my epic journey with this story, which at this point is now over 14 years old (bits and pieces, anyway). No, when that happens, you’ll see a far more ecstatic Warren, popping champagne, running rampant through the streets and screaming at the top of his lungs that it’s done. Completed. Finally fucking finished.

Anyways, now that the storyline is firmly in place and all plots have been fully developed, what remains is ensuring the characters are properly voiced and portrayed throughout the novel. This is a process I haven’t discussed within this blog since February 2009, when I completed my initial draft of Sanity’s Flaw, but it remains quite important.

However, unlike Sanity’s Flaw, I’ve already completed several read-throughs of The Nobodies and greatly rewritten the narrative more times than I can count. As such, I’m going to try something a wee bit different.

As seen in the screenshots below, I’ve created two spreadsheets tracking the character’s progression through the book. One (top picture) simply lists the sections and chapters that focus on that character’s perspective, while the other (bottom) lists all appearances. 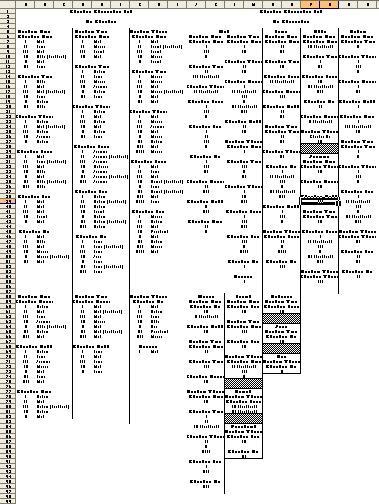 You’ll notice that, while I’ve included the images to demonstrate my process, I’ve kept the images rather small. After all, I’d rather not spoil too much. 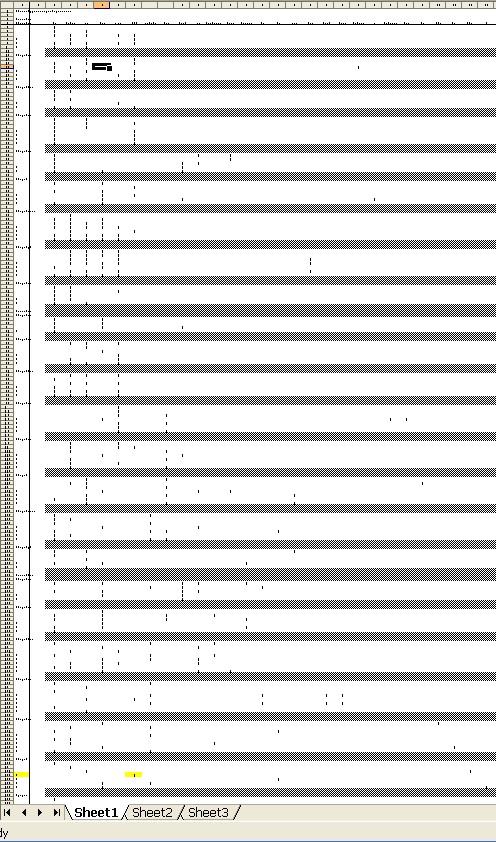 Over the next few weeks—or, really, however long it takes—I’ll use the grids to read the book by character, beginning with those that have the fewest appearances and ending with those who have the most. Using this method, I hope to ensure they remain true to themselves (and the narrative) and don’t simply blend into one another.

The process should also help streamline The Nobodies, as it’s currently far too cumbersome, particularly within the first section. At present, it stands at over 135,000 words and more than 400 pages. The end goal? Somewhere closer to 100,000. Or less.

Wishful thinking? Maybe. But I think it needs to be done. We’ll see what happens.
Labels: Characters Plot technique The Nobodies Updates