As I said last week, what’s a cover without some text?

With my image in the bank and only the title and my name left to complete the cover, I trolled through Amazon’s top 100 mystery & thriller ebooks (both paid and free), paying careful attention to how they portrayed their text. Some proved rather efficient in relaying to the audience what the book was about, even in thumbnail: 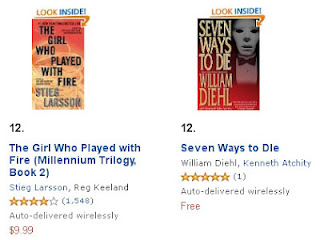 While others, sadly, did not: 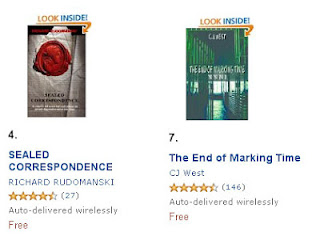 Taking a cue from those that did, starting from a blank slate, I typed out my title and name normally and then in all caps in a generic font, straying away from any italics or fancy lettering. Then, I began toying with the possibilities. First, I tried the fonts used within my book. 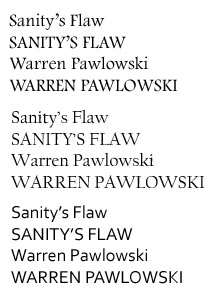 Then, I expanded out, looking for fonts that looked promising and seemed to capture my vision for the story (for example purposes, I've narrowed down the image to just the title and lowercase). Picking a few that caught my interest, I played around some with the spacing, formatting and alignment and boiled the selection down even further (these included my favorites from both all-caps and regular). 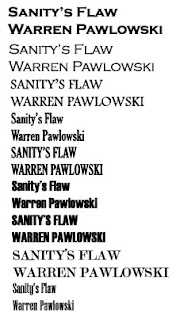 Thinking I had chosen the one I liked, I jumped into Photoshop and laid out the cover with the newly-chosen font, adjusting the spacing, sizing and formatting to my liking. However, with much chagrin I realized that I absolutely hated the font I had chosen.

Clearing the text away in a fitful delete, I tried the other and, lo and behold, it was perfect. Unfortunately, at this point I only had useless black font that did little to attract the eye. Checking the bestseller list again, I found a certain type of font that seemed to appeal to me and did my best to produce a similar effect. However, having had limited design experience in regard to fonts, I looked up a rather nifty tutorial on how to make the title (to get the right effect, I had to delete my name, though the same effects will carry through to the font there) truly pop and, after following its simple directions and adjusting to my liking, I ended with this: