Though I previously elaborated on the trials and tribulations regarding cover design, I’d like to reiterate: finalizing a cover isn’t an easy thing to do. There’s just so many… nuances to account for. And no matter how perfect it may look, no matter how eye-popping or miraculous (I'm speaking generally, not yanking my own chain here), there’ll always, always, always be detractors available to point out a flaw.

But in the end, even taking the criticism to heart and bending my ideas to the feedback (though I’m no BioWare), the decision regarding the final design is mine and mine alone.

That in mind, despite some critical responses to both the original image and the logo I designed, I decided to keep both with only some minor adjustments. However, a logo and a picture don’t necessarily make a cover, so I threw together some sketches to flesh out a few more ideas. 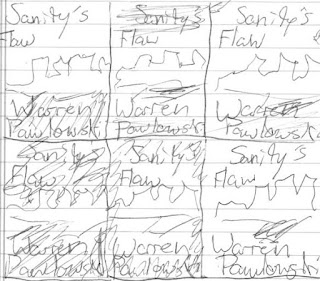 Interested to see what these would look like in actuality and hoping to create an image that captured my concept as well as conceivably possible, I stepped back into Photoshop and mocked up the potential covers, along with a few more variations, as seen below (note that some had the blizzard effect while others did not; you can also easily spot the one cover where I was feeling more than a bit JP). 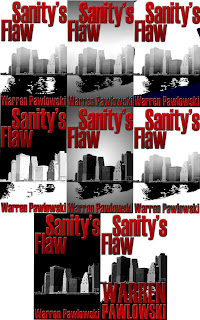 After asking for some feedback from my wife and completely disagreeing with her (yes, it happens), I slept on it and came back to blend a few of my favorite elements into a brand new version. Refining the concept, doubling back to my original image, and patiently touching up every aspect, I ended with this, the final cover for my first self-published novel, Sanity’s Flaw: 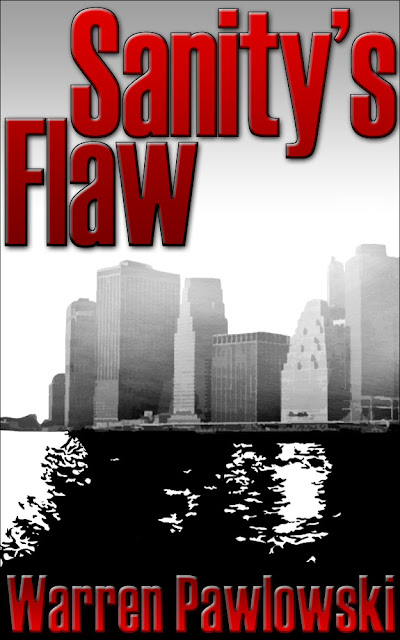