I imagine I’m in the minority here when I say I believe this issue of Animal Man is its weakest to date. And that it's, almost entirely, due to the art.

The style simply didn’t do it for me. The action (particularly in the pages surrounding the Red council) and plot were both hard to follow while some of the slower scenes lacked fine definition. It was also obnoxious how clearly Albuquerque’s signature was heavy-handedly inserted into the panels.

Perhaps Lemire phoned it in a bit this issue as well, as the dialogue and overall storyline seemed very stiff and jilted, though it was hard to tell given the unbalanced art. Even the cliffhanger left me unimpressed, which is quite different compared to my overwhelming response to the last issue’s. I hope to see some improvement next month, as that should close this two-issue arc. 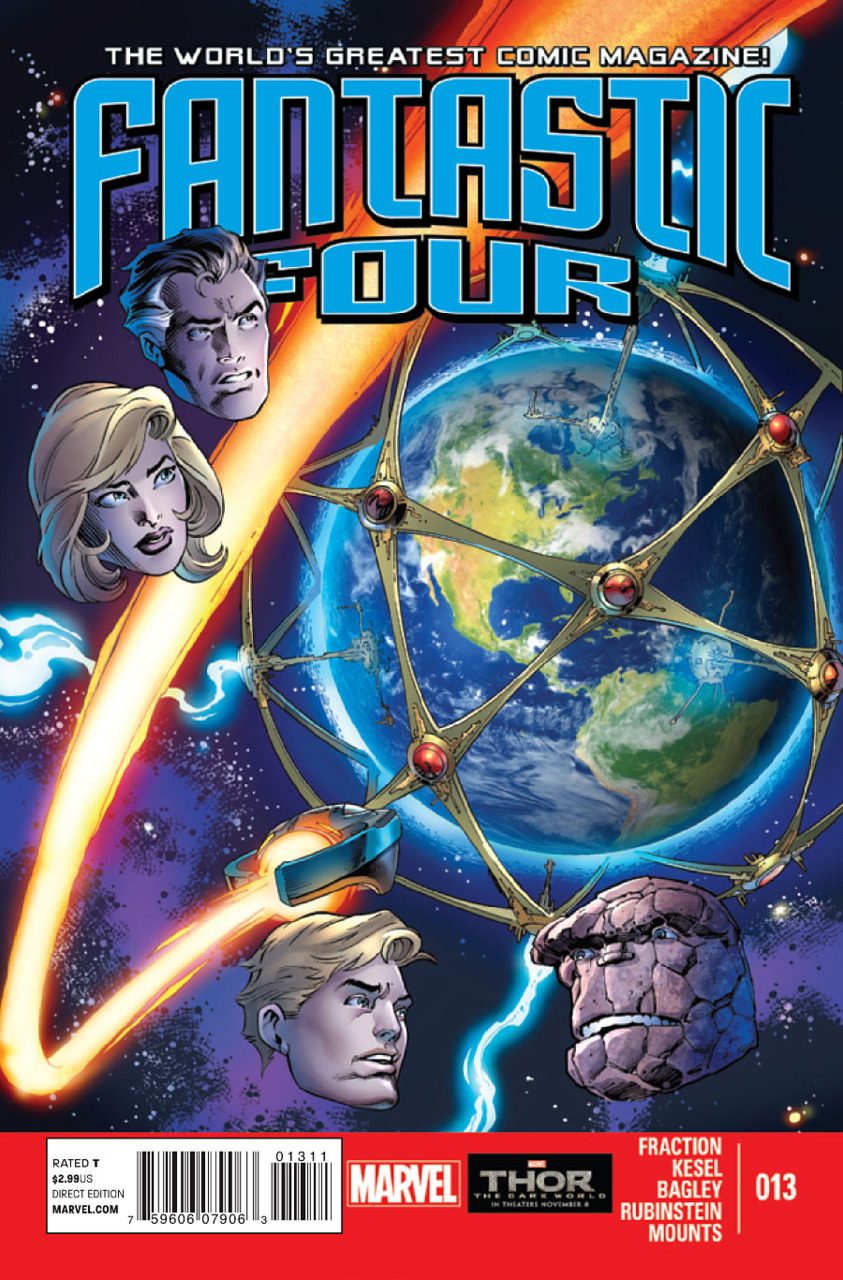 Marvel sure does love post-apocalyptic timelines and alternate dimensions. While I can’t fault them for that (my own recent book explored a similar beat), the slow reveal this issue, coupled with the implications for future Johnny’s background, significantly destroyed much of the anticipation I held for the character and the story’s climax.

That said, I did enjoy this issue's final few pages, which wrapped the storyline rather nicely. What wasn’t so nice, though, was Bagley’s art, which continues to pale in comparison to Allred’s work on FF. While there were no overtly horrible visuals this issue, the general scratchiness of the recent issues continues here and makes the book look horribly rushed—which I’m almost certain is precisely the case. 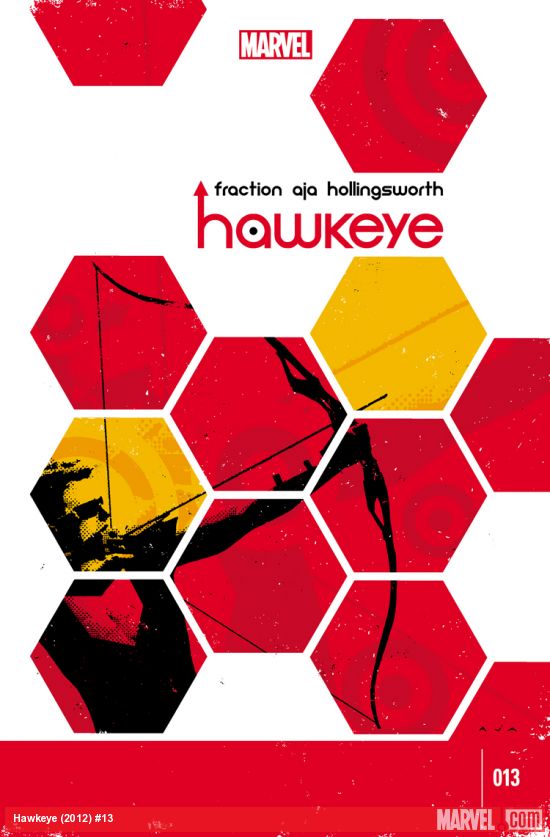 The saying, “All good things…” aptly fits this issue of Hawkeye, as, though it was rather late (a note in the letters page acknowledges this), it’s nothing short of marvelous.

Relatively low-key, this issue mostly offers previously-shown events from a different perspective while allowing Hawkeye some sorrowful room to breathe, though the change in Aja’s art style to offer a standard nine-panel page throughout makes the story almost claustrophobic. This also serves to slow the pace considerably, something rarely seen in modern comics (the same art style was used prevalently in the classic Watchmen).

This series is my favorite being published at the moment, and it’s not hard to figure out why. Everyone should be buying this comic, reading this comic and passing it around to all their friends.

Billed as an official tie-in to Forever Evil, I’m rather certain this issue of Justice League of America could work perfectly well as a continuation of the “Trinity War” storyline, as the book perfectly informs readers of the most important aspects of the mini-series while furthering the story of our heroes.

Martian Manhunter and Stargirl take the lead this issue, but fans of Justice League will feel just as at home, with some significant character beats for Superman, Wonder Woman and Flash—who gets what I believe is the most troubling scene in the issue—while JLA mainstays like Green Arrow and Hawkman make nary an appearance (though the new Green Lantern does make a sizable impression).

Without looking at the cover, you might mistakenly believe Geoff Johns was continuing as the main writer, and that’s okay; Matt Kindt’s style matches perfectly, organically evolving from the backups he’s penned.

One thing to note: there is no longer a backup strip. DC instead offers us a cardstock cover, which is nice, but not as value-savvy. I won’t be dropping this series, but I did axe Justice League Dark with the change.

In the age of $3.99 twenty page books, Nowhere Men makes Marvel and DC look like pitiless thieves. Not only is the story utterly fantastic, the art is top-notch and masterfully crafted, and every single page (Every. Single. Page.) add the plot, whether through faux articles, “excerpts” from photo collections or simple in-story ads. This is how to do a $2.99 book.

While the book may be losing money, the gambit’s surely paid off, because while this sixth issue isn’t the best Nowhere Men has had to offer, I nonetheless treat the book more as an experience than just a comic. I now want a shirt that says “Sex, Drugs and Lost Control.” I want memorabilia. And I know I’m not alone: the “Science is the new rock and roll” shirt was sold out at New York Comic Con in all sizes but small and XXL.

If you only read Marvel or DC comics, do yourself a favor and pick up the upcoming trade of Nowhere Men’s first arc (available next month). I guarantee you won’t be disappointed.

Woah. Coming into Zero, I had no idea the series would be switching artists on a regular basis, so when I opened this second issue to see the gritty visuals replaced with an almost anime look, I was taken aback. In fact, I grew quite upset, as I had been floored by the premiere’s outstanding art.

After several pages, though, the art grew on me (it helped that some humor was inserted to separate the book from the first tonally, such as the “You shouldn’t be able to read this.” line) and, as with the first, somewhere near the end I truly grew to love it. Perhaps that was due to the extremely well-crafted story and the nod to Forrest Gump, but although this series is nowhere near what I thought it was, I still can’t wait for next issue. This one’s getting a high spot on my pull list going forward.