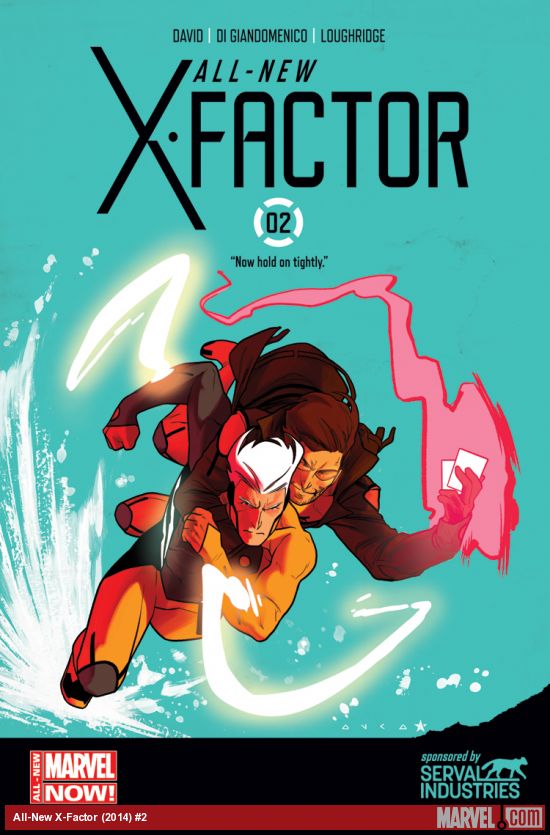 So, it looks like we've got the team together. Right? Well, I don't know who any of these newcomers are, but to be honest I think, with David at the helm, that's a good thing. While David builds on everything presented beforehand, he also has a knack of presenting characters in a new light and bringing them into completely different situations than experienced previously. I'm hoping, as he was able to do so wonderfully the last two volumes, he continues to build the team and its persona in future issues.

That in mind, I must say this storyline was altogether brief (I believe that was the ending) and ended with some awkward, sudden dialog (as if David had run out of pages to tell the story). As with last issue, there was also some unnecessary, heavy-handed exposition, which I'm hopeful will eventually fade.

I also hope the art continues to impress as well as it did these past two issues. While I think the panel structure could be a bit more experimental, it wasn't nearly as generic as a few of the other books I read this week.

Seriously, what a pisser of an ending. Only thing that would've made it worse--and I'm not holding my breath Lemire won't do this next issue--is if someone played kick the kitty cat. While the ending  was pretty great, the rest of the issue was just alright and was obviously only the first part of a larger conclusion. Which isn't necessarily a bad thing, per say, just that it felt incomplete.

I've loved and hated Albuquerque's previous issues, and this one fell somewhere between, with some panels offering incredibly fine detail while others appeared almost abstract and ill-formed. The first page especially caught me off guard as, on what should be the page meant to capture potential new readers (as if there would be any this far into the run), the art is almost incomprehensible.

This issue felt almost like a few sections from different issues were thrown together, and, really, for me it was all about the beginning as we witness Batman in a near-panic and frantically hightailing it from the cops. Its a place we rarely see the dark knight, especially with an enemy fairly capable of anticipating his every move, and it was glorious to see. Of course, the middle interlude focusing on Gordon was quite fantastic, and spins the events of previous issues in a new light. It also makes me ask: is Gotham better as a post-apocalyptic wasteland?

Capullo has truly mastered his layouts throughout this series and only seems to grow better every issue, shifting the reader's focus from broad areas to finite spaces like a coffee cup. Plascencia's colors truly make the work pop, though, and is the real star this issue, with perfect scene transitions and exceptional use of colors to differentiate flashbacks. 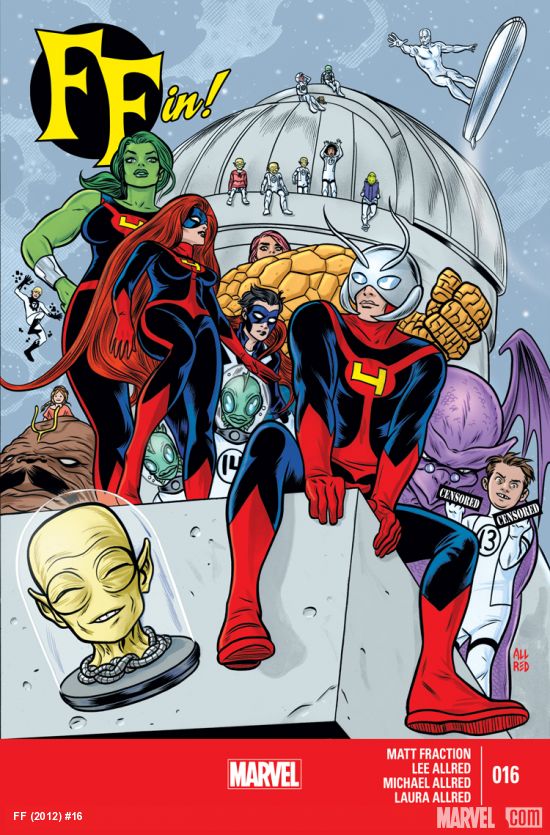 Now that was the kind of ending I was hoping would redeem last week's Fantastic Four. No punches were pulled, the weight of the conflict was fully palpable and, for once, Dr. Doom truly got the absolute living shit kicked out of him, to the point he was utterly destroyed. While I'm certain future writers will likely push the development aside, the Allreds simply knocked it out of the park, both in terms of writing and art. It was exactly the ending I hoped for.

That said, there was the additional section after the conclusion that mirrored the same section in last week's sister issue, even to the point several pages were reused. While I initially believed Marvel had simply reprinted the same story and charged me for it twice, the technique tied the books together in a way they hadn't been since their debut. Despite one awkward transition here (the Fantastic Four version worked better), there was some great execution and the setup for future books really made me miss FF that much more.

While this issue was not as good as either of those previous, Harley Quinn continues to be a bit of fresh air in the DC lineup and, well, those animals sure ended the issue with quite the meal, huh? I've got to say, I kind of love this book. It's just so fun and insane and keeps growing more fun and more insane.

And now bisexual Poison Ivy is in it too!

The art, unfortunately, is the problem this issue, as the split between the two artists meant a lack of consistency throughout, with butter smooth details in some panels and pages while others were as scratchy as a cat post. Either would have been fine on their own, but the combination of the two proved bothersome and drew me out of the storyline far too often.

I may mourn no longer being able to gaze admirably at David Aja's beautiful art every issue of Hawkeye, but Wu provides a bloody fantastic reminder of why that's perfectly alright. Combined with Matt Hollingsworth's brilliant color work, this issue looks like a classic Marvel comic, almost like a flood of Steranko imagery.

Thankfully, though this book looks like a classic, it doesn't read like a classic. Fraction simply knocks it out of the park with this story, too, which bodes well for future Bishop-centric issues as he continues to flesh out her new universe sans Hawkguy.

What is the audience this book is being written toward? As a New 52 DC reader (as in, I haven't read anything published by DC prior to the New 52 relaunch other than a few choice publications), it certainly doesn't seem to be me. Outside the main Cyborg section, I don't know who any of the characters introduced this issue are, why they're important or why I should care. Do readers of the pre-relaunch care though? If DC is using this book to launch new books and/or new IPs, it's not doing the best job right now.

That said, the art was enjoyable to look at, if not incredibly tame, and I truly like Cyborg's new design. Johnny Quick's powers were nicely represented as well--though it's something that I'm calling that out rather than any other truly memorable imagery.

After the brilliant last issue, I felt fairly comfortable with the "feeling" of this book, in that I somewhat know what to expect in any given storyline despite being surprised every issue. Well, then this issue came along to change absolutely everything. Now I've no idea where things are headed, and I absolutely love that.

The art, while much tamer and cleaner than in some of the previous issues, worked perfectly for this nonchalant aftermath journey, offering some poignant and low-key moments as a sort of calm before the storm I'm assuming will occur next issue.

And next issue? I want it. I want it now.