Earlier today, I posted the below image of a marked up page from my upcoming third novel, Trezka. I intentionally blurred it so the majority is, well, fairly impossible to read--though an "I've seen you like this" is clearly visible near the top--but the point of the image is clear: I am editing the shit out out of this book. 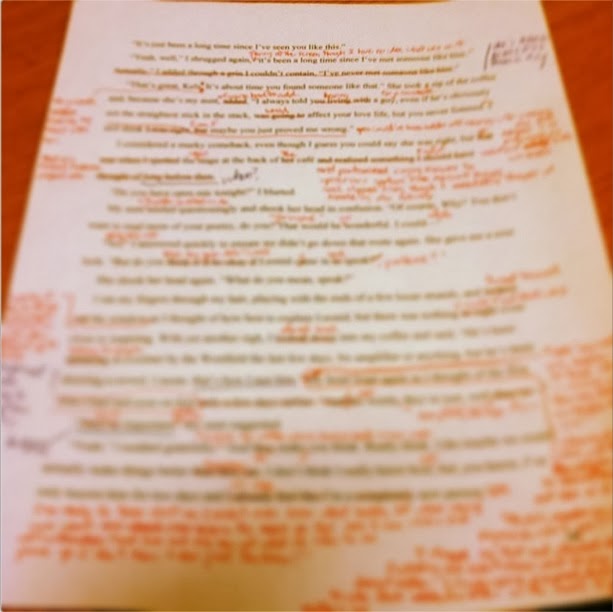 Despite that, I noticed just yesterday I've only seen a net gain of 132 words. I thought it would have been more, but the longer I thought about it, the more sense it made. After all, I cut nearly two pages right from the get-go and continued to hack and slash my way through the storyline to find the correct path in what I considered the most troubled section.

For instance, in the page above, very little is crossed out, as I was rather fond of this chapter. What it needed, though, was additional information because it felt much too fast, too convenient. So, I added extra turmoil, extra conflict, extra character detail that not only slow the story down but also make it feel more natural and realistic.

The result, after applying the edits to the digital version, is not necessarily streamlined, but a much improved read that manages to solve all of the problems I've identified to this point.

I hope I'm right when I say that....
Labels: editing Trezka Updates