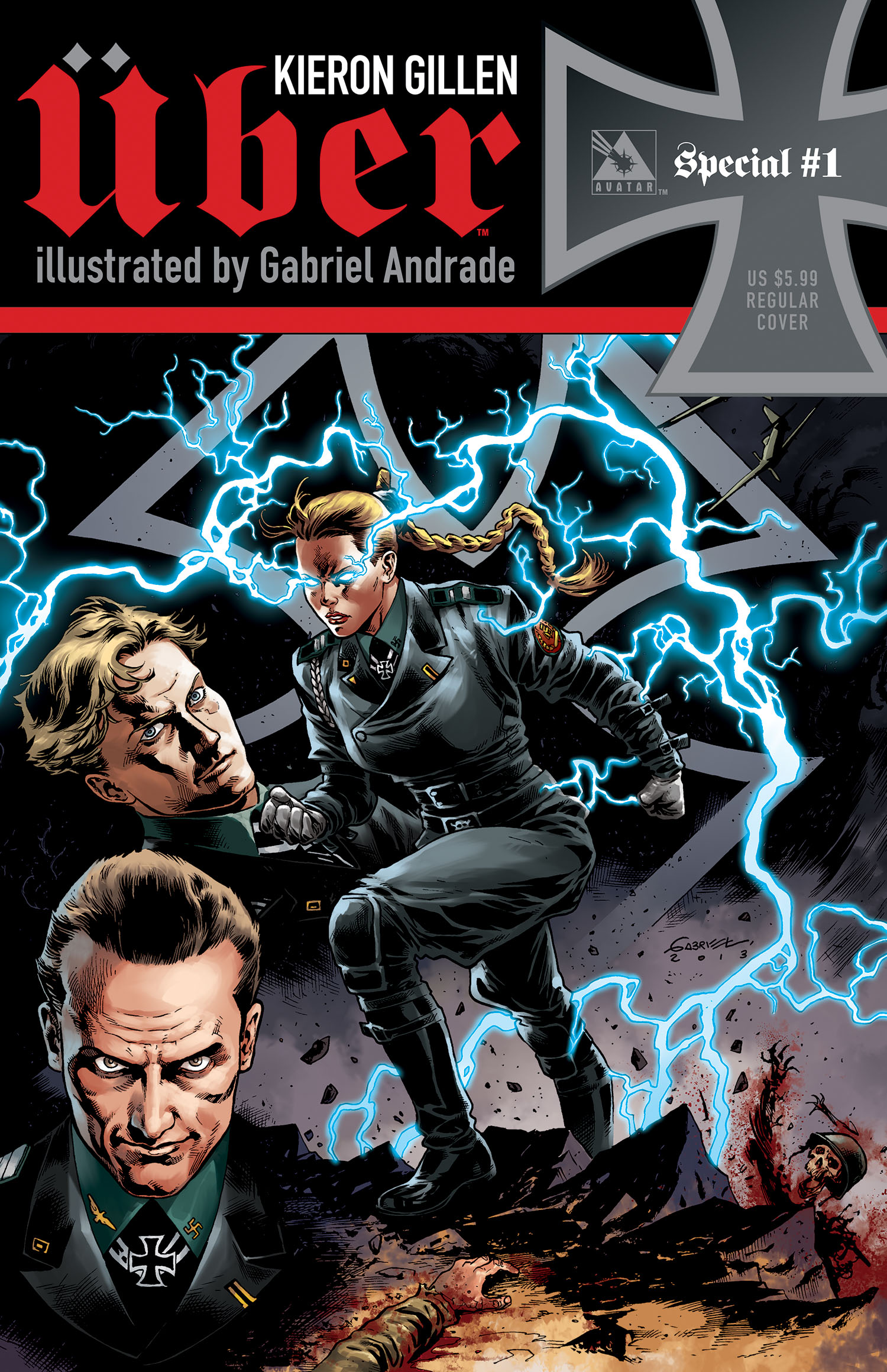 If you think this origin-centric special is something you figure you can skip, think again; Gillen and his team of artists have delivered, hands down, one of the series’ greatest issues.

Once the shock of seeing the characters in vastly different artists’ hands wanes, the stories’ elegance and subtlety really shine through. The use of Gete’s simple layouts and calm, flat imagery to tell portions of Siegmund’s tale rather than excessive dialogue is a prime example, and easily sets the pace and tone for the book in the first outing. The tales never lose that high sense of quality and seem to only pick up speed and ambition as they progress.

Siegfried’s tale, the second of the three, is perhaps the most in-character of the origins, and definitely the most heinous, as it provides another gut-wrenching glimpse at pre-war Germany and the country’s intolerance to the Jewish population. The sickening reality behind the concept makes the brief fictional account almost difficult to read, and certainly troubling to consider.

Likewise, Sieglinde’s bookending delve gives us a look at part of the war rarely highlighted in film or books, and one all but ignored in our spectacle-focused society wherein we hate to consider the real-life outcomes of violence and gore. While this piece is also the most gratuitous and exploitive art-wise, tackling that which has yet to really be seen in the series proper, it’s also the most damning and heartwarming, and makes me hesitantly reconsider how I wish the upcoming Sieglinde-centric finale to the current arc will end.

If you are a fan of this series, don’t balk at the $5.99 price tag. This is not your every-day filler that companies seem to slap Special and Annual on only to reach further into your wallet. These are war stories at their darkest, yet their best, and they shouldn’t be missed.