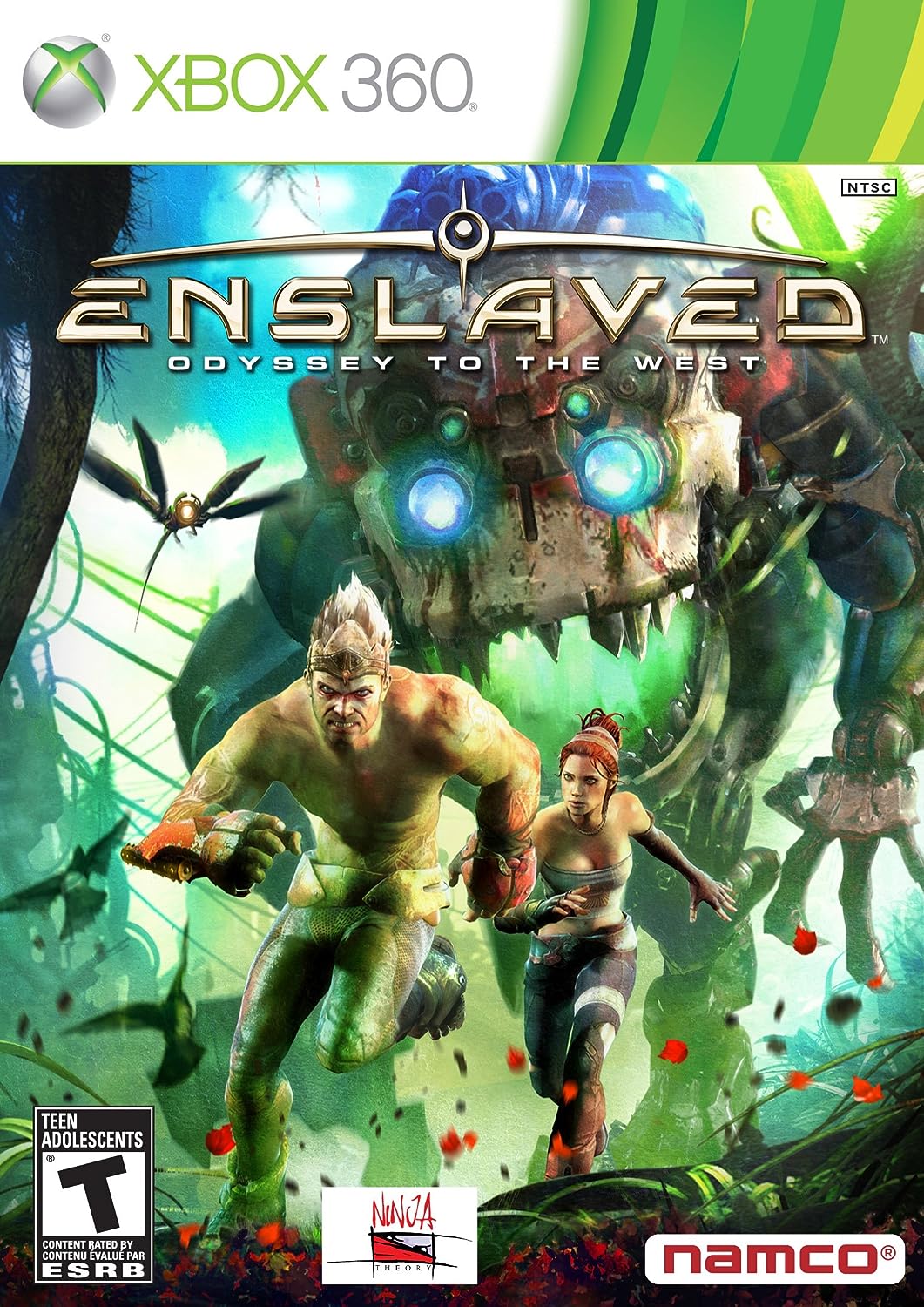 There are few writers whose books I will purchase blindly. Stephen King, Chuck Palahniuk—they’ve earned my trust as a reader that they’ll deliver some sort of unique experience within the hardback covers of their titles, and I’ve never been steered wrong.

Alex Garland, writer of both The Beach and 28 Days Later, is one of those authors, and the main reason I was attracted to Enslaved: Odyssey to the West, a retelling of the classic Journey to the West, which has been adapted and retold more times than I could count (including a phenomenally well-produced stage adaptation co-created by another favorite of mine, Damon Albarn).

Unfortunately, while Garland again proves why I’ve thrown myself into his corner for so many years, Enslaved’s story is almost all it’s got going for it.

The game picks up with the main character busting out of what appears to be a prison escort that soon, because of his machinations, plummets to the earth and sets you on the titular odyssey. Before that point, though, you’re already introduced to the game’s button-mashing combat, poorly designed yet simple platforming and puzzles, monotonous and repetitive voice-acting, frustrating checkpoints, and inconsistent, though admittedly rather gorgeous, graphics.


For what it is—generally, whack and bash enemies until they disintegrate or, once you’ve unlocked the ability, blast them from afar—the combat is actually rather nuanced with the addition of RPG elements and a handy stun technique that makes any encounter near-cakewalk. Certain enemies will also prompt “takedowns” once enough damage has been inflicted, allowing your protagonist, Monkey, to use their carcasses for further devastation.

While that sounds great, it quickly becomes apparent any combat is simply meant to stall the game’s progression, as the majority of battles have no inherent impact to the story or the characters outside of preventing them from reaching the next objective. Which, frankly, is how many similar games also handle conflict; what separates Enslaved, though, are the controller-chucking checkpoints.

Say, for instance, after a cutscene and a somewhat lengthy platforming section wherein you need to dodge fire and crawl across spinning cogs, you encounter a group of quick heavy-hitters. Though you try your best, Monkey goes down swinging. For most sections of the game, you will need to once again view that cutscene (not all are skippable or even capable of being paused), duck across the fire and jump past those gears to get the chance to try again.

The checkpoints invoke the same rage during the tougher platforming sections and puzzles as well. Though these are few and far between, as most of those trickled throughout the game are on the easier end of the spectrum, failing to land a jump correctly or simply rolling to your death (which happens far too frequently, even for someone who’s played a great deal of 3D platformers) means going back several steps and hearing Monkey yell the same one or two screams.


Don’t get me wrong, Serkis does an admirable job bringing Monkey to life, despite the character generally coming off rather one-note. The true problem, voice acting-wise, lies in Lindsey Shaw, whose performance is wooden and lacking any true emotion. A few cutscenes invoke some sense of belief in her character, Trip, but every monotonous explanation she delivers throughout the levels proper further drives the stake between her and the player—that is, if the sound hasn’t cut out.

Such technical problems hit me a few times during my playthrough, and the only solution I found was restarting the game. While the visuals never necessitated such a drastic step, there was a multitude of pop-in despite a lengthy draw distance, and a surprising number of instances of texture drops. These mostly appeared during cutscenes rather than combat or the few cloud-riding sections—not exactly what it sounds like, but still some of the most enjoyable moments, despite a terrible underutilization—and sadly took away from what is otherwise a very beautiful game. Just take a look at the screenshots here, which weren't taken from cutscenes but from actual gameplay.

In general, I enjoyed the eight to ten hours of Enslaved’s campaign despite the odd dichotomy between story and gameplay—an odd couple best characterized in the game’s epilogue: an unplayable cutscene that seems almost tacked on, yet still lands with heartfelt emotional resonance.

TL;DR: Despite a number of issues, Enslaved’s story held my attention well through the epilogue. Though I wouldn’t play it again by choice anytime soon, it was certainly worth the eight to ten hours’ playtime.