Back when it was first published, I modeled the look of Sanity’s Flaw after then-bestselling mystery/thriller books, and so its general appearance, though I was proud of it, was rather uniform and, albeit eye-catching in a primordial way, unfortunately nothing that proved standout.

The logo, I felt, was one of the main issues. Even then, though I couldn’t find a way to improve upon it and while it met all expectations, it felt generic and somewhat crowded to me. It also overshadowed the whitewashed imagery, which, meant to invoke a blizzard or snowstorm over downtown Manhattan, then appeared almost bland in comparison.

As a reminder, here’s that original logo: 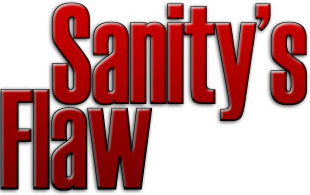 While prepping for the upcoming print edition, I’ve had the chance to revise some of the mistakes I made in that initial release. I’ve already unveiled the new chapter art, which I believe adds some fundamental enjoyment to the story, and of late I’ve been working to redesign the cover—including the logo. And while the full image is not yet ready for general mass consumption, today I’m proud to present the newly redesigned logo. 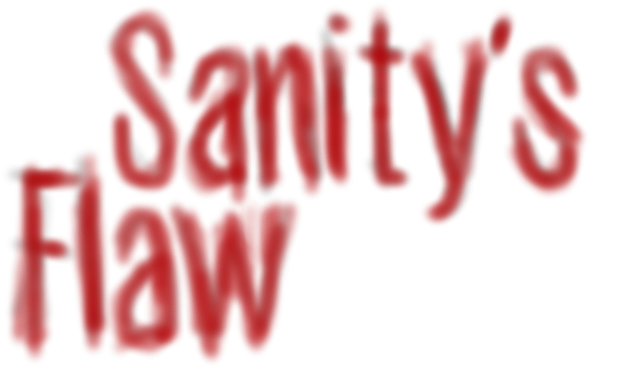 As (I hope) you can see, while it follows the same structure and pattern of the original, this version is far more in keeping with the overall tone of the book, especially considering its erratic, somewhat flamboyant structure, and carries the tone emphasized by the new chapter art through to the cover.

That continued tone is even further accentuated by the full cover, as you will soon see.

And in case you were wondering, yes, the new look will carry over to all electronic versions as well.
Labels: Art cover design Sanity's Flaw Updates