A retail partner requested I add the book’s price to Sanity’s Flaw’s cover. I’d originally excluded it on the advice retailers would stick their own prices on the book, but after actually working with retailers, found that to be something closer to an annoyance.

Really, I didn’t think much of this change; all that’s being added is $9.99 US directly beneath the barcode. Nothing fancy.

Since making this revision required resubmitting a cover image file, I decided to correct a minor flaw I noticed on the back. You may or may not have seen it, and I won’t point it out in case you haven’t, but it’s bothered me to no end for the last few weeks. The fix only required a section to be moved a pixel higher and two right, which then necessitated another adjustment along the left-hand margin, but was relatively innocuous all-in-all.

I submitted the revised file, thinking nothing of it, and received word that the spine content would partially resized in the final version. I didn’t think much of this, as it had happened during a few rounds of submissions, but because I had made the change to the back cover, I wanted to review a new physical proof. It’s a good thing I did: after receiving it, I immediately saw that we had a problem. 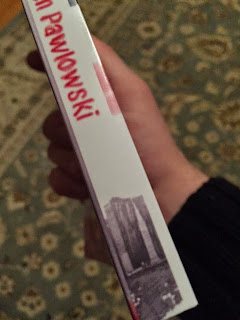 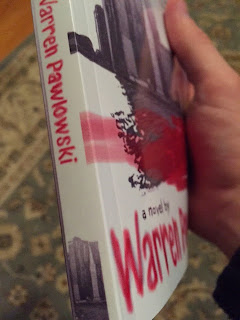 It was my fault, unfortunately. When converting the 12.75x9” .jpg to .pdf, I hadn’t realized it was being downsized to 11.5x8” (letter size). This, obviously, caused a sizing issue. Thanks to GIMP, I corrected this oversight and submitted a new .pdf, but unfortunately seem to have opened an endless can of worms. Now the cover I had previously used (and which is on all of the extra-sexy printings) is apparently no good and needs further revisions to account for clipping.

This morning, I made further tweaks and resubmitted. I tell you, I’m working diligently with CreateSpace to have this issue corrected and will not rest until it’s done. And trust me, you’ll definitely be the first to know when the book is available again.

I have a few books left on hand, and will gladly ship them to anyone who would rather not wait, but these will only last so long. Hopefully, this issue will be resolved by then.
Labels: business cover Sanity's Flaw self-publishing Updates