With The Nobodies behind me, at least in terms of writing and editing, and Book Four still pending insanely slow peer reviews I can’t quite accelerate, my current focus continues to be on the third and last book in the Procyk Forfeit trilogy, Trezka. 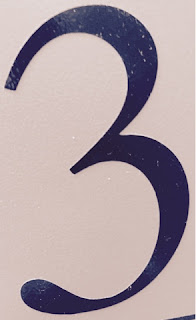 Since it reached its current form, I’ve had a series of misgivings about the book, most notably its general “light” tone—because it truly is anything but “light.” I also felt one of the characters came off too static, though the reasoning for that characterization was explained, while another’s arc never reached a satisfying conclusion. What more, with the recent changes to The Nobodies, one character had a gaping hole in his storyline, or at least a large pink elephant prancing in the corner that’s never mentioned.

I’ve been working a bit to address these issues, which really all fall on the book’s first half—the second is a whole different sort of beast I can’t wait to pull and punch and chisel into its final iteration. I solved the issue of the tone, finding a simple way to put it in line with Sanity’s Flaw and The Nobodies while still embracing the hopeful playfulness that’s been there from the start. I found a nice bow to tie on that character’s arc as well, and decided to give subtlety a night off with the other, highlighting the rather horrific narrative twist that was always there, but wasn’t always so readily unavoidable.

As to the dancing elephant? I haven’t reached that point just yet. I suspect it will be taken care of with something akin to an aside, but maybe I’ll do more. I’ve grown rather fond of that elephant, after all.

There’s still a long ways to go with Trezka, but that suits my projected publication of winter 2017/spring 2018 just fine. Not that this is all I’ll be working on until then. The brain, it is always, always spinning.
Labels: editing Sanity's Flaw self-publishing The Nobodies Trezka Updates