I realize updates have been sparse of late. In all likelihood, they’ll continue to be, though that may change at any moment knowing me. Thing is, I’m still working. Mostly on Trezka, but on other things as well. You may have seen the Two Roads thing. That didn’t pan out, but I get a free beer out of it at the least. Probably, anyway. Free beer is always good. There’re other things, too, things not quite ready to share. Soon, I hope. Depends on my time. There’s a lot going on, you know. 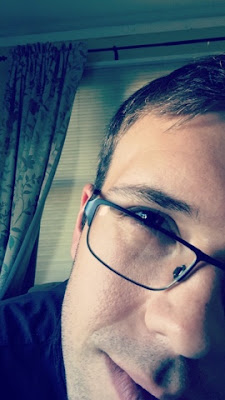 What do you want to know? What do I want to tell you? I can’t answer that first question, so maybe some of you will comment and let me know. As to the second, well, a lot. There’s a lot I want to say at all times, it just doesn’t always make sense to do so. Say too much, people start to look at you differently. Sidelong.

Reminds me of the word sidled. Kim pronounced that “sid-led” the first time she read it. It’s a good word. Not used too much. Best believe it’s in my books. Book? I don’t remember.

I’m not in the frame of mind to go with those looks. Just don’t want to bring them in. Want to stare at my computer screen and type my words away and live my drama through my characters. Real life drama? I’ve had enough of it.

I can see what Thoreau was going for up in those woods, away from distractions. I wonder what that would be like today, what with the prevalence of social media and electronic doodads. I’d need a computer. Well, shit, I’d need the Internet, too, the way I use Google and other sites so frequently. I wonder if I could block myself somehow. That would be interesting. Just me and my computer and my thoughts settled beneath the pines to mull the mornings and afternoon away. I’d bring some dark rum with me, too. Release that kraken.

Got some feedback on Book Four recently. That was a pleasant surprise, especially how great the reaction was. The more I think on that book, the more I want to go back and perfect the few areas I think need strengthening, but I love that book. It’s likely my favorite piece to date. Perhaps because there’s just so much of me in it. Not sure that’s a good thing yet. We’ll see what agents and publishers and the public think. Eventually.

My first batch of printed The Nobodies sold out. Had to get some more shipped to me to have on-hand. The book’s doing well online, too, though I’m not sure I’ve seen any posted reviews. If you’ve read it, please do let me know what you think. Feedback is always crucial. Love, hate, empathy, boredom—they’re all valuable tools.

What else, what else. Had a Lost-esque dream I debated making its own thing, but I got stuck on the similarities—I’ve been thinking a lot about the show recently, so that may have kickstarted the train of thought—and later realized the plot points would fold well into another book I want to do, so I’m following that lead instead. The most striking thing I remember, outside the dream’s general plot, was a girl with green eyes. I didn’t trust her. She was up to something. But I don’t think I know anyone with green eyes.

I just went and googled green eyes to check if it was actually a thing outside the Hulk. It is. Only about 2% of the world has them, though. Including Jack Nicholson and Harrison Ford. Apparently.

Neither of them were the girl in the dream. She reminded me of that National Geographic cover. You know the one. That was a great magazine. Is that still printed? If I had more space and time, I’d probably still be subscribed to that. It was enjoyable. And the sights, the visuals. I mean, I get them on Instagram now, but it’s just not the same. Those images inspired some of my earliest artistry, let me tell you. And probably influenced some of my love for photography.

I saw this thing on Pinterest. Or maybe it was Google somewhere. It was a wall of square frames filled with personal photography. Like an Instagram profile come to life. It was beautiful. If I end up with a wall, a nice blank, white wall like that, I’m going to follow that example. Hang my favorites, stare at them, eat my member berries and reminisce.