From The Walking Dead to Harry Potter: 2016 Book Reviews

I read 18 books in 2016. That’s three more than the year before, though a solid chunk were books I’ve previously read and more than a third were graphic novels. I suppose that’s what happens, though, when you get a new copy of your favorite book and share one of the best children’s series ever with your growing son. Not that I’m complaining.

Here’re a few thoughts I had along the way. 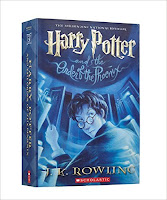 Harry Potter and the Order of the Phoenix by J.K. Rowling

When I first read this book, the climax hit me like a punch in the face. This time, though, anticipating it, it was completely lackluster and fairly anticlimactic. It didn’t help matters much that there were another forty or more pages of exposition in the denouement. Really, I think this one was overly long and drawn out—a first for the series, though the previous volume teetered on the edge of that.

The Beach by Alex Garland

This was my third or fourth time reading this book, and it didn’t fail to impact. Turning the last page over, my hand was shaking from the adrenaline pumping through me, and I only regrettably put it down. This is a simply phenomenal book and a great introduction to an underplayed writer. Which reminds me, have you seen Ex Machina yet? That was this guy, and yes, he’s that brilliant.

The “Genius” by Theodore Dreiser

What an odd book, full of self-referential, overlong material that seemingly goes nowhere; yet, I can’t help but find common ground with the lead, with his struggle to fight for his craft while getting caught in the corporate machine and letting his love life fade and grow like the turns of the seasons. An experience to be sure, though one that could have benefited from more astute editing.

This isn’t a book for those unfamiliar with World War II Europe, and particularly the Nazi and Soviet regimes. But, that barrier—and a rather steep narrative learning curve—aside, this is an extremely well put together title, and one that gave me chills and groans several times. I highly recommend it for any military history buffs like myself.

For such a short book (it’s only about 100 pages in paperback), the story is generally fairly slow, though a quick read. It’s really the second half that picks up, and even that sometimes languishes. But I think this is by design, to reflect the way the Vietnam conflict was for those that were there. And the ending was perfectly executed.

The Strange Case of Dr. Jekyll and Mr. Hyde by Robert Louis Stevenson

Odd as it may seem, I’ve never before read Jekyll and Hyde—my clearest association with the character(s) has been through The League of Extraordinary Gentlemen, and that, of course, if far, far different than Stevenson’s version. Similar in structure to Frankenstein or Dracula, it’s certainly entertaining, but I find it a little surprising it still holds as much popularity as it does.

I reread the first five omnibus collections of The Walking Dead in preparation for the new volume (for more on volumes one through five, check out last year’s post), but there wasn’t much need. Going from Alexandria forward, or even from issue 100 onward, will make more sense next time, but oh well. The conclusion to “All Out War” was a bit lackluster, but it was the rest of volume 6, as the series took a radical new direction, that I really loved. It’s as though the book is something completely new, though following the same characters, and it was a refreshing shot in the arm for the series. I look forward to seeing more of this world in the coming volumes.

I’m not sure why this is subtitled the way it is as the book, in a roundabout, dry, and summary way, details more of Stalin’s scarred mindset than anything to do with other nations. Turmoils with Poland, the Baltic states, Germany and the United States, among others, are only vaguely touched on. This isn’t the all-encompassing book I had expected or one I can see as interesting to anyone outside of the history profession.

A departure of sorts for King, what struck me most about this book was its similarities to my first novel, Sanity’s Flaw. I’m not saying we write the same or that King somehow ducked into my head for inspiration, but it’s interesting how, well, formulaic some crime noir is. Of course, we deviated quite a ways, especially in the ending, but it was still interesting. Speaking of endings, though, I’ve yet to meet a King book whose ending I particularly loved. This hasn’t changed that thought.

Oddly for King, this book was all ending. While it’s true the bulk of a book should be considered rising action, I found myself three-quarters through this wondering when anything of importance was going to happen. When it did, it was great, but the trudge there was pretty tedious. 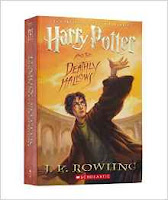 Harry Potter and the Deathly Hallows by J.K. Rowling

The end, or at least originally, of Rowling’s opus has all the strengths and weaknesses inherent to the other books in the series: Harry continues to show a lack of faith in his comrades, as well as an inability to share the most important of information to those who could actually do something with it; the pacing is at times horribly slow, but at others almost breakneck; but, thankfully, the twists and turns still delight. 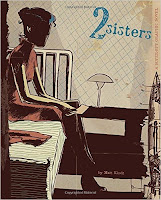 I have to reread this book. A statement in minimalism, there’s still so much going on in this story, so many different layers of story and intrigue, not to mention the random coded note I strove to translate. It’s stuck with me weeks after reading the first time, and though purchased on a whim, this was probably my favorite book of the year.

I’m not sure what I expected from the man who wrote Alien, but Slipt, while intriguing in a way, was also one of the slower books I’ve read of late, with very little payoff from the rising action until well near the story’s end. This reminded me of Michael Crichton’s stories from the same time period, though perhaps with less death, and I’m not sure if that’s a positive.
Labels: Diversions Harry Potter review Sanity's Flaw Updates