5 Tips for When You Love an Artist

Artists—whether they’re writers, painters, singers, sculptors, photographers, directors, or even mimes—can be difficult to love. Now, I’m not saying it’s difficult to fall in love with them. That can actually come pretty easy. What’s difficult is loving them—that is, in the long run. 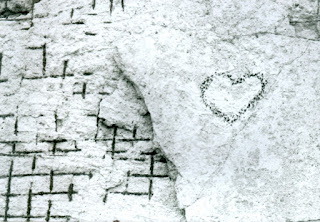 The problem stems from an artist’s passion. It can be hypnotic, endearing—but it can be difficult to control, and especially difficult to live with, if you’re not prepared. What’s more, artists also tend to respond better to returned or similar levels of passion, so can easily become as entranced as anyone else by another artist.

All of that said, there’re a few, simple strategies you can use to wrangle any artist, whether it’s someone you’re already with or someone you’re hoping to pin down sometime soon, and keep your sanity at the same time.
If you following these five basic points—don’t call it a hobby, ask for updates, encourage creativity, and be both their biggest fan and their biggest critic—you and your artist are going to do just fine.

However, I’ve one last point. If, at any time, you feel your artist isn’t giving you the amount of attention you would like, or if you think they’re possibly taking advantage of you—a good sit-down conversation with an open, honest discussion may go a long way. If you didn’t realize it from my point above, conversation is absolutely key. But, if that doesn’t work? If your artist just makes you feel miserable? It may just be time to move on. After all, life is short—keep it happy!
Labels: Art Diversions love tips Updates