Signing off of social media.

I wrote last post that, for 2017 and moving forward, I want a primary focus to be my continued happiness.

Keeping with that resolution, late last week I deleted all of my social media apps.

I’ve known for some time that social media no longer makes me happy, if it ever did at all. The high I get from likes, views, clicks and comments—it only lasts so long, and only drives a feeling that I need more, that, if I post something that gets none of the above, I’ve somehow failed. 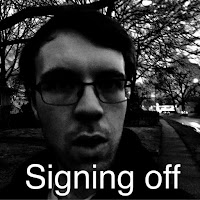 I don’t want to feel that I’ve failed simply because hidden algorithms have decided I should. I don't want to feel beholden to updating others about my life without ever knowing if they truly care or not. I want to live the life I want to, see the people I want to, and do only that.

For reference, my Facebook page will continue to be updated, but my Twitter feed will not. It’s too tempting to scour that latter and descend into the muck and filth that is social media’s current obsessions (namely, the political downfall of our country and the loss of any sense of personal obligation toward being a thoughtful, helpful human being).

I will also no longer be on my personal Facebook page, Snapchat, Instagram, Tumblr, Groups, or otherwise. I will be keeping the buttons on the website, though, and will not be deleting my accounts. So, maybe, one day, I’ll be back. But, for now, I need my non-digital reality more than anything else.
Labels: social media Updates website