By Procyk, I think I’ve got it 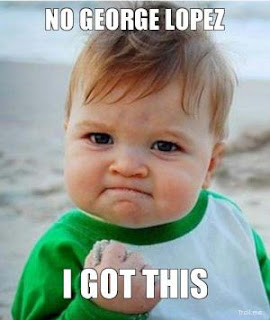 Just a few entries ago, I noted how much I loathed Trezka’s current form, that I was going to blow it
up, reform it, remaster it, and find a place I could be happy with it.

Well, I think I’ve done it.

I’ve noted before that Trezka exists, in a most basic sense, as two parts. So let’s talk about it as such.

The first part will see the most change. The bane of my existence for so long due to its slower, methodical pace, it’ll now run at an almost breakneck pace, ratcheting up the tension and action practically from the start and never letting back—except for a few chances for readers to catch their breaths, because you just gotta do that. Really, the book’s become more of a horror novel than I originally intended. But I like it.

I also don’t mind being rid of the “hit you on the head” treatise dissecting the gauntlet that is modern civilization, which is pretty much what this section had become. Though it’s still present, that dissection is subtler, more nuanced.

In short, I made Trezka less The Motion Picture and more Wrath of Khan.

The second part also requires some changes, but they’ll mostly be minor to address the changing continuity. I may also change one key character’s appearance, replacing her with another, but I haven’t decided yet. I need to sit on it, run the scenarios.

One thing that didn’t change? The ending. It’s bonkers enough already and I love it, so that’s going nowhere.

Well, that’s not entirely accurate. But that’s beside the point. And now I just need to write.

Say, anyone up for a My Fair Lady screening?
Labels: Characters editing outline Trezka Updates