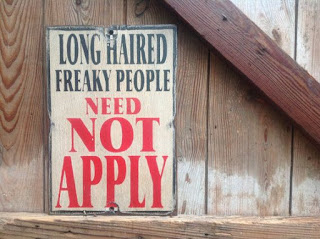 The other night, listening to the brucka-brucka of the ceiling fan, feeling the weight of the comforter pushing into me, inhaling the sweet stench of saltwater air, I couldn’t sleep, couldn’t get comfortable, couldn’t do much but think and review and imagine.

I thought of my day, of what I did, what I said, how I’d spent my time. And considered what I could have done better, what I could’ve accomplished if I’d tried a different path, wondered if I could follow that path the next day, or perhaps the day after that. I imagined life as a puzzle, a Cretan labyrinth of such days, of such thoughts, and wondered if the concept of the multiverse could be true, if, somewhere, somewhen, there’s another version of me who had followed a different path, one who, at that very moment, was considering what it would be like if they had followed the one I had chosen to take that day.

Am I my own multiverse?

I had a concept for a book a while back I may or may not have written about on here. I won’t go into specifics in case I eventually come to draft it, but I discovered recently that it’s currently being tackled as a comic book series. I’d like to read that when all’s said and done, to see how similar it is to my concept. Perhaps that would spoil my thoughts, though, perhaps cloud mine, poison them, though perhaps it would let me see what isn’t necessary, what could be taken further, what could be embellished.

The other night, I simply smiled thinking of that comic series. It’s one less story I feel the overwhelming urge to put to paper.

I rolled over, tossed and turned, threw a leg out, threw an arm up, readjusted a pillow, stared at a pulsing light on the computer I forgot to power down, and considered life. I’ve long contested the meaning of life is to perpetuate it, but I was reminded recently that my beliefs can be misconstrued. To perpetuate life doesn’t simply imply having children, birthing the next generation. It means making the world a better place than the one you came into. It means feeding the economy. It means creating news joys, new works of art, new entertainment. It means looking toward the possibilities, toward the future, and finding a way to get us there, to find a way for future generations to get there, to ensure that they get there.

I also, as I tend to do, thought of time. Time, our constant companion, one I always refer back to, the one thing that was there in the beginning, the one thing guaranteed to be there in the end. It’s the friend who gives you a favor, but takes takes takes in return with this gluttonous need, this ever-flailing desire for more more more. It is never satisfied, must always keep moving, can never stop to turn around and see what harm it has done, can’t see its tail to spite its face, lets us and us alone wonder what is back there, what is ahead, what we’ve missed as we’ve been here looking there and beyond and back.

Enough of that. The past is fruitless, the future inconceivable, and the present is waiting to be lived. My present at that moment, as I thought of all of this, was a dark room, an orange clock, the soft purrs of sleeping breaths, and my widened eyes, an ache of pain stinging my cornea, the unfortunate bruises peppering my hands and chest, ones still pulsing with agony as I type this.

Yet I didn’t forget, for whatever reason. I typically do, you see, the thoughts of those moments before sleep so often overlooked in favor of the more conscious norms—unless, that is, they’re the beginnings of some new book, some new series, or, at the very least, a concept that could be one of those. But this, this is nothing but inane rambling. Is there a book in here? A Naked Lunch equivalent perhaps? It may be possible.

I don’t want to write this thing, however. I’ve freed myself of one idea, no need to—