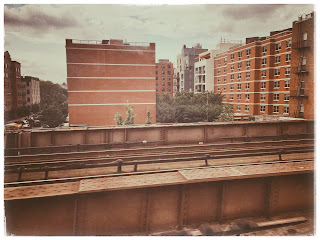 I’ve been horrible at updating. I can’t promise that will get better, or that I’m going to “try my hardest” to write a blog entry. Life happens to get in the way rather a lot, you know? And I wouldn’t want your expectations too high.

I recently picked up a new HP laptop. It has a touch screen, Office and internet access, plus a pretty damn good battery and that’s really all that I need. I’m writing this right now on the laptop, actually. On my way home. On the train. Which is why I bought the laptop. Full circle, that.

If you haven’t seen it, go check out the Keep on Writing series on drunkonwriting.com or youtube.com/drunkonwriting. If you didn’t know, that’s a content channel of mine wherein I celebrate and highlight a many a thing related to writing, and Keep on Writing is a series I started filming back at the start of 2019 that documents my writing process, any changes and updates in it, and… you know, the lack of writing also. It’s pure motivation to keep going, and new episodes will be going up each and every month for the time being. It’ll probably be updated more often than this will. Though, who knows.

I started 2019 with a goal to update this site at least once every month. I added a few video scripts to pad content, but it never truly constituted a “site.” And I don’t want this page to revolve around the blog anymore. So, a redesign is in order. Has anyone tried WIX? I dabbled a few minutes earlier and it seems terribly slow. Unbelievably so, in fact. As they keep telling me, my generation has no time for slowness.

As you can tell, this entry has no structure. I don’t plan on rereading it, either. Please forgive any mistakes. They’re part of the craft, after all.

I came up with another idea for a short story. Maybe I’ll turn it into a film, instead. Maybe it’ll never be written.

I’ve been thinking about the Procyk Forfeit trilogy a lot lately. I have a few physical copies left in my closet waiting to be sold, but they’ve been trickling out here and there through Amazon and Barnes & Noble, so that’s nice. I need to finish the tale, don’t I? I’ve written the third novel over again twice, and fear at least a third is in order before I’m satisfied with it. It just doesn’t deliver what I want, and that simply can’t be.

I had four hours of sleep last night. It wasn’t enough. But I don’t think I can possibly drink any more coffee. My stomach starts to not like it so much after a few too many cups. I’m hungry.

You ever wonder how people without a creative outlet get along in the world? I do. Do their brains not fire as rapidly as mine? Do ideas not flow? Or do they simply let shit go, spill over their earlobes like salt water? Must be nice. Quiet. Boring. Happy?

Well, I’m happy to be writing again. It’s been too long. Not that it ever truly stopped. It transformed. And now I need to pull a Fly and kill of the non-motivation. Am I remembering that movie wrong? I remember somebody dragging him/itself along the ground near the end. He got completely screwed. Maybe that was the sequel.

I think I’ll reread my books again after this next Stephen King. Maybe that’ll put me in the right mindset.