Starting with these reviews, I'm going to be including colorists in the credits for each book. It's become something of a debate and hot topic of recent, and I feel, though they've yet to be noted on most covers, their contributions truly make or break a book.

Now, the next question is whether or not letterers should be included as well. What do you think? 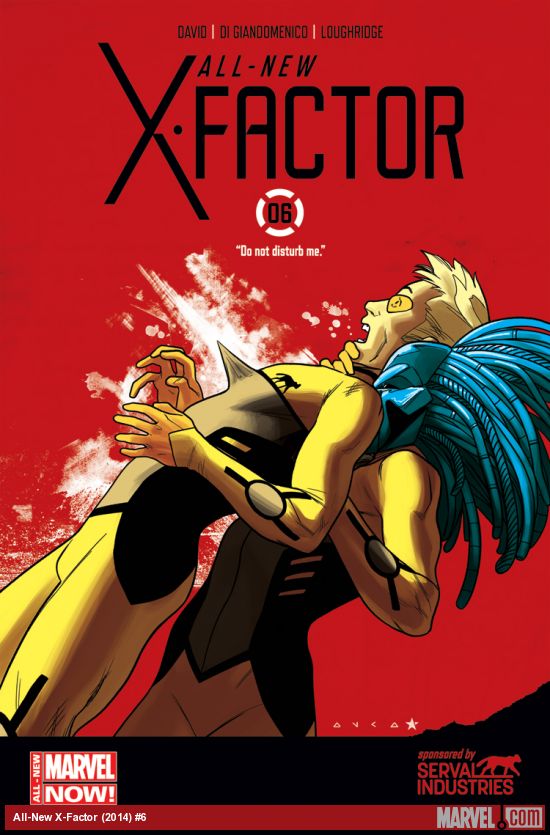 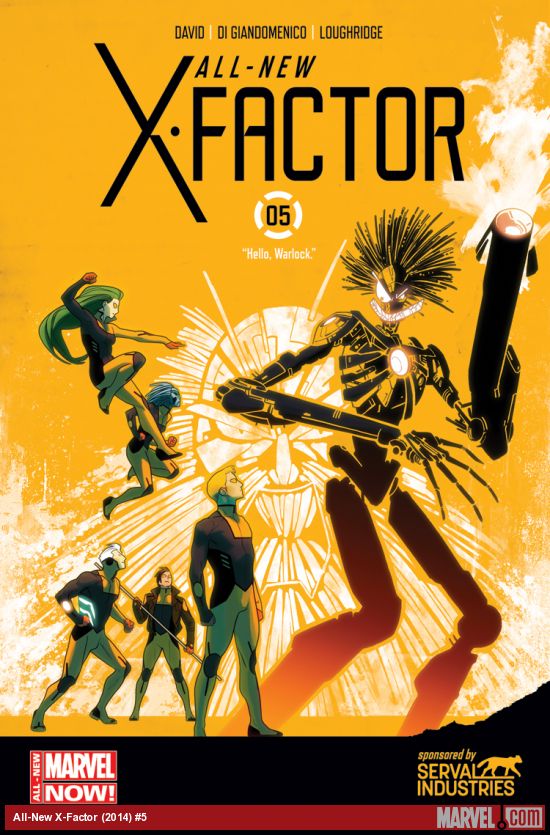 While I would typically review these separately, due to a minor snafu at my local comic shop, I read these back to back yesterday for the first time and, since these are the first and second parts in a two-story arc, it seems to make sense to combine the entries here.

First, I’d like to say that no. 5 contains one of my favorite pieces of dialogue ever, whether in a novel or comic. I’m certain it can’t be original, but it was the first time I’d seen it and it immediately broke me into a fit of laughter. Though the same humorous heights were not reached again, there was ample funny to be found within the arc, most notably in regard to Danger. New to the team as of only last issue, David has found the perfect niche for her (though I’m hopeful he doesn’t write himself into a corner with her abilities).

Perhaps Di Giandomenico and Loughridge read this site, because the art throughout both issues has improved greatly, and I never once became lost or had difficulty following the storyline or action. While the Danger-inspired (or at least mirrored) design for Warlock isn’t my favorite, it does sit well with the book’s aesthetic. Of course, I may be blinded by my love for the surprisingly underused character.

Now, if only we could get Howard the Duck onto the team as well.

The cancellation of Immortal Iron Fist a few years back left a hole in my pull list I’ve never been able to fill. Until now. Andrews’ new book slips right into place with that classic while offering a completely different take on the character and his universe.

What makes the book somewhat more enjoyable is Andrews’ ability to tackle all aspects of the writing and art—something the creator likens to Jim Steranko at the tail end. This makes the story read rather seamlessly, and as close to Andrews’ original vision as could be possible. While some of the pages seemed over-colored, making them appear more muddied and unclear than they should have, the art is up there with the best of Immortal’s legendary run.

From the very first page, I knew something was wrong here. Only when I hit the credits page did I realize this wasn’t Howard Porter as the cover indicates, but rather Bermudez and Faucher.

Hi-Fi coloring does a good job attempting to maintain some cohesion with the previous issues, but mutant-like faces that seem to shift in ages and construction, and poorly designed uniforms that look to give the heroes diapers rather than bullet-proof armor continually proved distracting. The latter even more so, as the new outfits never seemed to bother me under Porter’s penmanship but now seem clunky and archaic.

As far as the writing goes, I’m hopeful this plot reaches its conclusion sooner rather than later (though it appears we’ll have to wait for the seventh issue for that), as this outing seemed more filler than substance. Though I’m still enjoying it, I expected a little more.

Again, maybe it’s the sudden drop in the art quality speaking there. Porter’s currently solicited as artist for the next issue, so we’ll see then.