A week of fantastic and mediocre, and a few endings to boot, this also saw the release of perhaps the best issue of Hawkeye to date. And any week with a Hawkeye is a good week.

I thought it would only go downhill after reading Hawkeye, but, damn, this was a fantastic finale to the middle of "Zero Year." While I only thought the last issue was alright, the return to this arc reminded me just how great the Snyder/Capullo pairing is in delivering phenomenal tales.

And while seeing Batman utterly destroyed and losing his cool like I've never seen him before was a special treat, I know it's been done, and, really, it was Capullo who stole the show. Okay, okay, actually, it was Capullo combined with Danny Miki on inks and FCO Plascencia on colors that stole the show. Everything about this issue is rendered with a focus on the cinematic, making the (perhaps overlong) story play out with a slow, mystical quality.

Also, bonus points for the abundance of Frank Miller references. 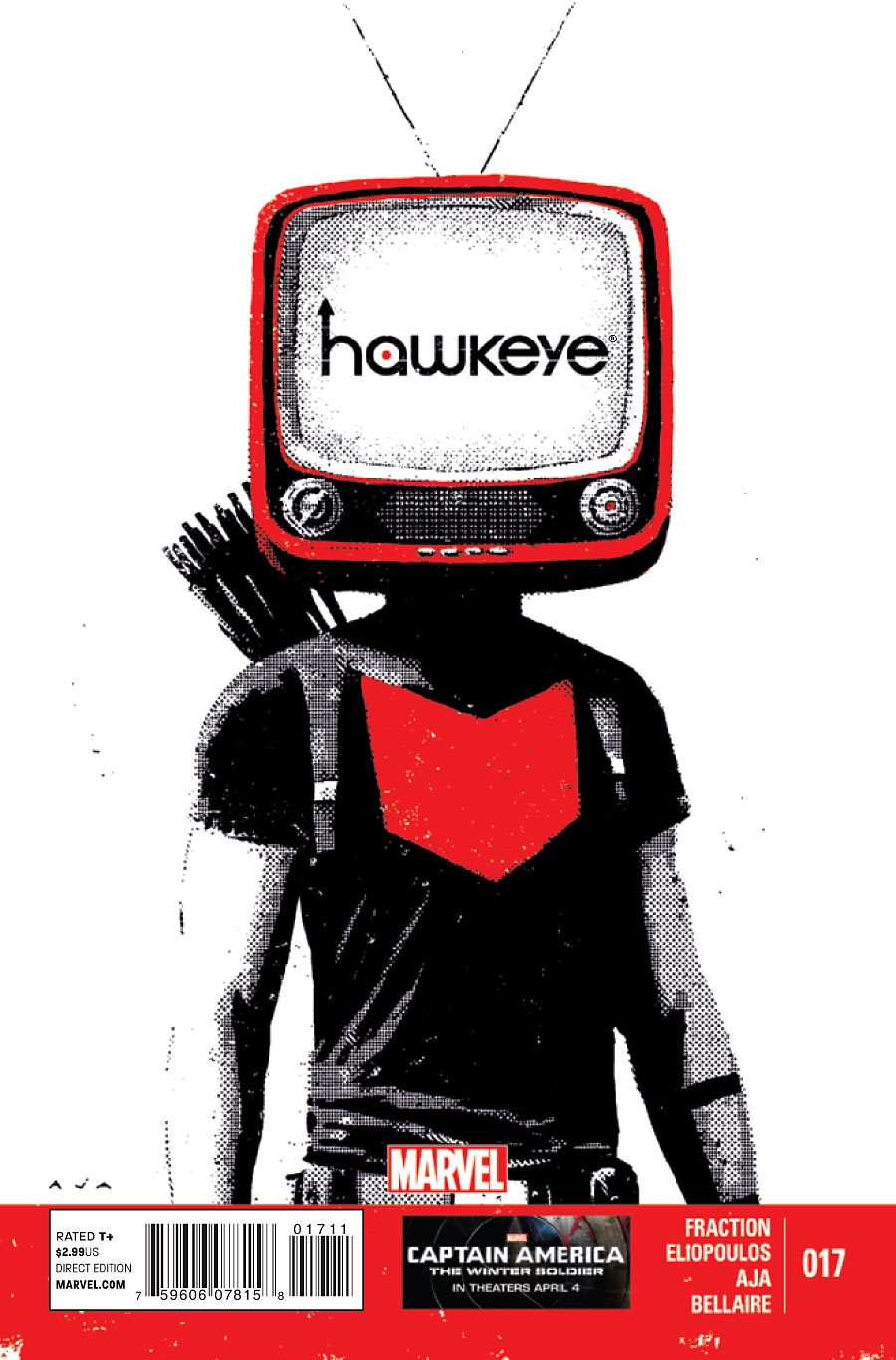 After reading this latest issue of Hawkeye, I tweeted the following:


Read @mattfraction and @ChrisEliopoulos' HAWKGUY 17 before other books today. It was a bad decision. Its only downhill from here #justdogdog
— Warren Pawlowski (@WarrenPawlowski) March 12, 2014

That pretty much sums up the book, as, right from the opening's introductory rhyme, I was completely caught off guard. And I loved it. While it was unfortunate the bookends were pages already used within the book, Eliopoulos' cartoon take was a nice breath of fresh air and exactly the kind of shift that will make this a landmark run for Fraction and his fellow creators for years to come.

Not that Fraction didn't flex his expertise this issue, of course. The subtlety behind the tale, which Sana Amanat, the newly apointed editor, requested interpretations for, was brilliant. It brought in all the best traits and stories of Hawkguy and his posse, but also threw in jabs at the Avengers, a bit of climate, and even more I'm sure I missed. This was one of his best scripts to date.

I'm really enjoying this series, though I know it's getting a lot of flak from reviewers and readers all round. I mean, it's been almost entirely focused on light humor and bombastic action, and then comes this issue, where the explanation behind the characters brings an incredibly dark twist.

While the comic continues to remain bright, that's mostly because of DeMatteis' art and Hi-Fi's colors, with DeMatteis' facial expressions particularly poignant among the many detailed explanations. While nice to look at, I thought the colors were a little overdone honestly, with a lack of fine definition between characters and their backgrounds, but they continued to pull the attention away from the bombardment of information.

Reviewing this book a couple issues ago, I wrote:

"I keep thinking, perhaps hoping, that Martian Manhunter and Stargirl remain imprisoned, and this storyline, which sees them battling random rogues and forever aiming toward their goal, is simply their specifically designed prison. I rather think that will not happen, though. Unfortunately. But, damn, I would be thrilled if it did."

While I turned out to be correct in the first part, I can certainly say I wasn't at all thrilled. In fact, it was as much opposite to thrilled as possible, as the momentum-sucking ending made this entire arc useless beyond some repetitive and basis character building for Stargirl (with a dash of Manhunter for good measure). The art may have slowed the pace of this issue down a bit as well, the electic layouts a little much at time here, but it's a shame this book was stuck in so many crossovers and kept from being its own story. One of the slowest yet for this series, this issue demonstrated White's weakness portraying a multitude of expressions and faces, making the talking heads going back and forth a tad boring and, at times, confusing, as there didn't seem to be general consistency character to character from panel to panel. In his defense, though, his pencils may have been over-inked or over-colored.

The story didn't help, as, again, this was a very slow issue and none of the discussions or debates felt altogether pressing or particularly interesting. It didn't help the new tanks, teased steadily throughout the issue, made no appearance by issue's end. Although, I must say, leaving those for next issue and combining them with what appears to be a hell of a bang out for the first year, I'm assuming the score will skyrocket compared to what's below.

All that said, I do appreciate Gillen dropping the timestamps. They only served to confuse and the story works completely well without them.