Holding high hopes for this week’s books, I was sorely disappointed by more than a few and, coming out of the binge, felt a sudden urge to drop some. While I talked myself into some, I’ll no longer be buying Black Science or Fantastic Four, while Satellite Sam remains on the bubble.

Check out why below.

This series’ art continues to grow more problematic for me each and every issue, and though the premier was hauntingly beautiful, this latest issue is awkward and unimpressive. One page close to the start was particularly unflattering, its top panel in a series of action-packed boxes a close-up of something obscure that did little to further the story and only seemed to nullify the momentum.

It’s sad, too, as, while the art has been lessening in quality, the story has slowly picked up steam and grown more interesting. This shifting dichotomy has kept me coming back for the last few months, but at this point, I believe I’m done. 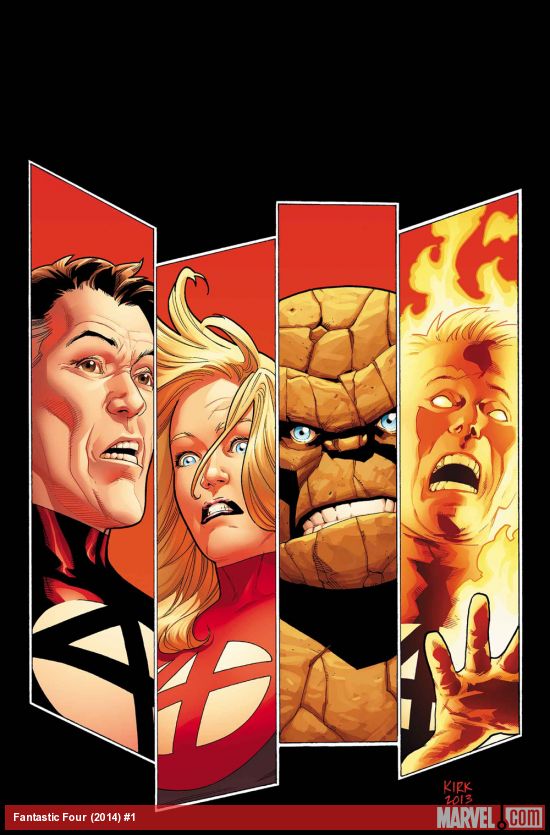 After being fairly in love with the latest volume of FF, I opted to give this pricier relaunch of the main title a shot. Unfortunately, I was left wanting.

This volume carries a significantly different tone than Fraction’s run, which is perfectly justifiable, but it also seems to blatantly ignore much of the progression as well, which certainly isn’t. Some key characters are missing, the transition to red uniforms seemed sudden and unnecessary (and was never explained), and a certain mention of Latveria left me wondering if the grand beat down we only recently witnessed will be washed away with the tide.

While the art was pretty outstanding, I did mistake a double splash as a single image, which caused me pause and a moment’s confusion that forced me to re-read the section. It also, along with the story, seemed to tread ground already well-worn for this series. If not for the hint of threats-to-come at the opening, this issue would carry very little momentum outside a “monster of the week” vibe. Lacking the hook I hoped for, I will not be returning come next month. 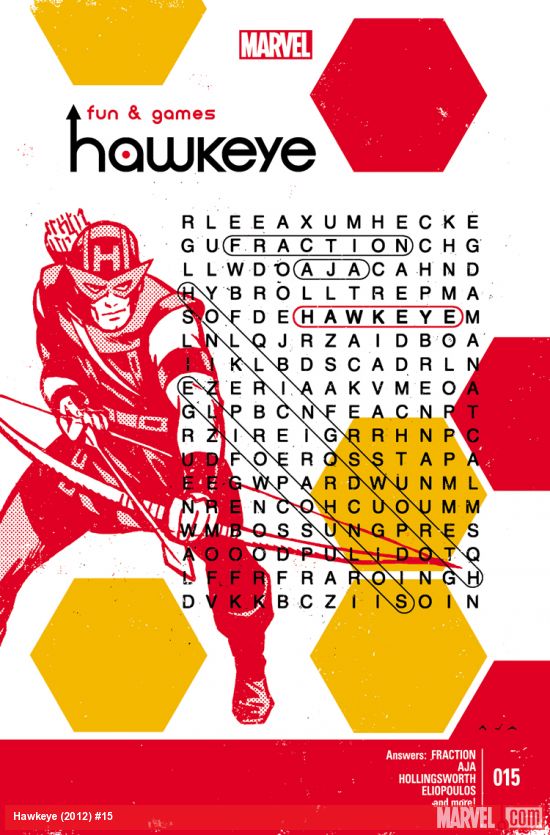 While nothing as exploratory or noteworthy in layout as previous efforts, this issue offers perhaps the most luscious detail of Aja’s stint on the title. This is most notable in background imagery, which the artist pumps full of life and finite elements that others would seemingly ignore. I’m not sure it was worth the extended delay, but the juxtaposition between the crossword sporadically placed throughout and that final, gut-wrenching page was little short of amazing.

The story, though, wasn’t as strong. Even with an abundance of “Bros,” it felt too disjointed and lacking in the book’s trademark humor. I’ve seen this sort of shift before, and I’ll have my fingers crossed it’s not hinting at a potential end of the run this summer.

Manhattan Projects no. 18 by Jonathan Hickman and Nick Pitarra | Image | $3.50

Coming off of last issue, which I believed was absolutely perfect, is a hard thing to do, but Hickman and Pitarra handle it fairly well, delivering a solid comeuppance that, while not landing with the same sense of flawlessness, was damned good despite a very stereotypical, Dallas-like conclusion.

My hopes the cliffhanger is something of a red herring aside, the story, which serves as something of a conclusion to the past few issues, is great. The series’ antagonists, primarily the Walking Dead reject, gain the most in terms of characterization, but even our heroes have a few noteworthy moments.

As they remain within their confinement, though, Pitarra’s pencils are primarily focused elsewhere, and they truly deliver. One panel appeared unfinished however, as a shotgun looked as if it never evolved beyond a sketch, though that may have been an “effect” that simply didn’t work as expected.

During this issue’s key, pivotal scene, I grew confused. I really shouldn’t have and, were the book differently designed, I know I wouldn’t have, but I did. I’ve said this before, but when the flaws begin to frustratingly impair a book, this time namely in regard to the lack of “tails” on the word balloons, it’s definitely become an issue.

That wasn’t this issue’s only flaw, though. Just before this scene, another, which appears as though it will unravel one character’s life, lands abruptly and, though it looks as though it will turn the tides of the story going forward, the characters involved appear moments later seemingly unfazed. While I assume the fallout will occur in subsequent issues, its lack of tangible effect here altogether lessened its impact, despite a lengthy buildup. Compared to the first issue, which felt overly slow-paced, the second Leaves on the Wind entry has a notable uptick in story progression, and though it felt almost as though nothing happened between the covers this month, the issue was filled to the brim with momentum. Some of the characterization felt a tad off, but that may be due to my extended time away from the series rather than on the part of Whedon.

While last issue left much to desire, this felt like a true return to Firefly, and much of that is due to Jeanty’s artful cuts, transitions and focal points, which made the comic nearly play as a lost episode, albeit one skipping through the scenes.

While I loved the silent nature of the penultimate issue, Gillen seems a little preoccupied in this conclusion with proselytizing and highlighting flaws within Frank Miller’s 300. Sure, the latter comic’s historical accuracy is nowhere near top notch, but it will continue to hold a place on my shelf as a tribute to great comics. This? Not so much.

It was a fitting conclusion to the tale, though, even if the absolute end was on the weaker side. The art, which was rather glorious throughout, if not a tad awkward in some of the more eclectic layout choices, also suffered at that point. As it’s the second to last scene, I won’t spoil it for those who have yet to read the issue, but for those who have: didn’t those faces remind you of Janosz in Ghostbusters 2? Creepy.

On that note, RIP Harold Ramis.

Teased with brief action-packed moments from the start of the series, our first full look at the far-flung future of The Wake is a stark shift in tone for the book, its slow-paced nature (at least in this outing) a major contrast to the conflict of the last few issues.

Filled with new lingo and characters (mostly, anyway), Murphy’s part Waterworld part Escape from New York designs steal the show from Snyder, even doing its part as quick, easy scene-setting exposition over a few pages worth of maps. Fletcher and Hollingsworth need to work more closely to refine their parts, though, as some of the locale descriptions were nigh impossible to read.

My favorite part, though (as it should be) was the brief, potentially foreshadowing, mention of the new drug. Because of course we would find a new drug.