About halfway through this comic, I suddenly realized I had no idea what was going on. I had absently read two and a half pages without absorbing a single word.

I tried again, without any improvement, and realized the problem was the massive info dump that drastically kills the book's pace. Page after page of dense exposition made this seem more Game of Thrones (not the good parts) than Justice League; it's rather unfortunate, too, because (aside from the incredible overuse of names that threatened to drive me mad) the opening and the art were really great.

I did note, however, some odd transitions in the art, which I originally thought meant the book was drawn by multiple artists. After looking through the credits, though, the oddities resulted from multiple inkers (three, actually). It's nothing bad, but it was certainly noticeable. 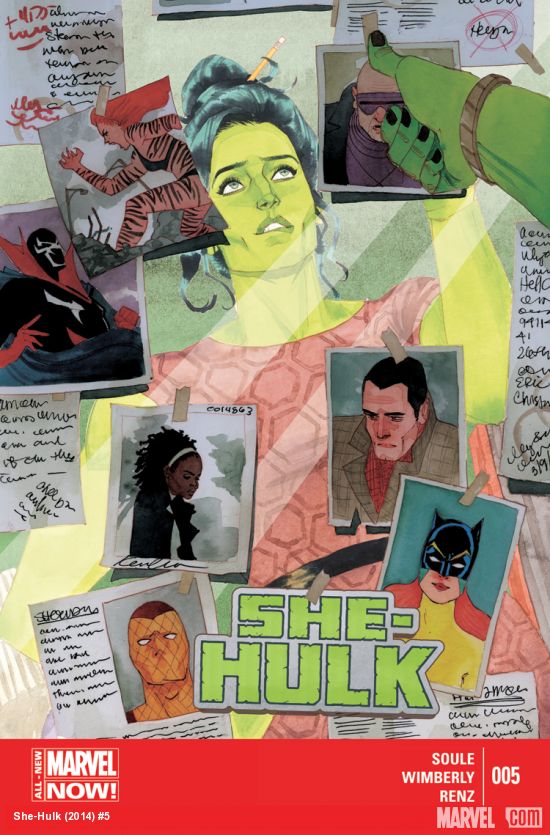 I need to pay more attention to cover credits. Had I known going in that this was drawn by a different artist, I may not have been caught so off-guard after flipping past the introductory page (which bears Javier Pulido's pencils) and getting slapped by such wildly different layouts--layouts that were, arguably, the best part of this issue.

See, while Wimberly excels with exaggerations and varying proportions throughout the issue, the finer details suffer, especially when it comes to faces, which seem pumped full of botox in certain panels and sliced with a boxcutter in others.

I wouldn't mind the art as much if the story were better. While the actual pieces are memorable, its the structure of the book that seems wrong. Scenes end randomly, without any payoff or cliffhanger, or even sensible shifts. It's hard to tell whether that's a trouble Soule had with the outline, or if Wimberly simply didn't draw the pages to highlight the transitions. 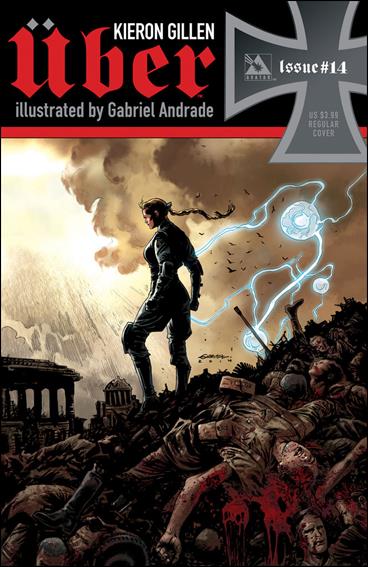 Compared to most of the previous issues, this latest has some odd pacing. Not so much in the placement of the two storylines, as the transitions work almost seamlessly, but within those storylines themselves. Of particular note is the arc that ends the book by forcibly inserting an unfulfilling battle that comes and goes for no true apparent reason.

It's interesting seeing Andrade's take on these characters, some of which haven't appeared in his previous issues, as they're much different than Canaan White's renditions--so much so, actually, that at times it was difficult to determine who was who on a page until either a captain led the way or someone mentioned it (of course, if this were a DC book, we would be told several times each page which character was which).

One last comment: I know the rather surprising ending is the chief takeaway, and is what will most likely be explored further in coming issues, but how about that Battleship Zero? Hot damn.

(Thanks to comiccollectorlive.com for the cover image, which I couldn't pull from the Avatar site as usual.)
Labels: comics Diversions Hobby Hole review