For those who may be wondering, the print iteration of Sanity’s Flaw, like the accompanying eBook, is self-published. I haven’t magically found a publisher to assist with this; I haven’t even looked for one.

Instead, I’ve worked off the CreateSpace platform, which offers such services without any up-front costs, to bring this version to reality. The process is rather similar to publishing an eBook on the Kindle, though, as you could guess, slightly more involved. As with the eBook, this grants me complete control over the finished product—which, while a bit stressful, is also extremely rewarding.

It’s worth noting that, should I have wished to leave creative decisions to others, CreateSpace offers paid interior and exterior design services. But where’s the fun in that?

After the myriad changes detailed in Part 1 of this post, I uploaded both the cover and the interior to the CreateSpace dashboard, submitting both for the company’s review, which took about four to six hours on average the several times I submitted. No grievous issues were found, so I moved on to the next step: proofing.

Proofing through CreateSpace can be done in a number of ways, all of which I utilized. The free digital option is nice, and it’s with that I made many of the textual adjustments previously mentioned. There’re actually two versions of this: an online “flipbook” and a PDF. I found the latter more helpful, as it included the cover proof as well the interior, but it’s nothing compared to the physical proof.

Besides taking my breath away from sheer awe, the physical proof was my first true impression of how the cover will be perceived by readers. It also gave me a better idea of the look of the interior, and the overall size and general “feel” of it. Though a minor cost is associated with ordering a physical proof, it’s certainly proved the most beneficial in finalizing Sanity’s Flaw.

I already detailed a number of changes I made, but those weren’t the last.

After seeing the cover in person, I opted to make a number of adjustments to the spine and back. The former felt a bit empty, so I added that cropped version of the main image I wrote about. On the back, I needed to adjust the text positioning to better center it across the width of the cover. I also noticed that the text seemed to crowd the barcode slightly, so better adjusted for that necessity.

The biggest change came as a result of the newly activated “Widow/Orphan Control” option, which consolidates any paragraph three lines or less onto one page. Though it was near impossible to notice in the digital proofs, this led to several cases of one page in a spread being off-kilt by up to two lines—a distractingly ugly aberration.

Unfortunately, correcting this wasn’t a simple matter of disabling the option or changing its settings. There were only two true options available: bury the difference across the page by adjusting line widths (a rather ugly correction, I must say) or edit the text further. I opted for the second.

Now, don’t get me wrong, I had considered the text perfectly suitable at this point. But inserting or removing a line or two wasn’t as hard as you might think it’d be, especially with justified text where even cutting or inserting a word or two will bring you up or down. That’s really all it took: trimming or minutely adding to a line of dialogue or, where available, description. In the end, though I made more than thirty adjustments, only a few were more than a two word change, and those only because I felt they added to the book.

There was one more minor concern I noticed in the physical proof: the lines on the first page of each chapter were misaligned with those of the following pages due to the different formatting of the headers. This was simple to adjust for, once spotted, but another reason the physical proof was so helpful.

Fun thing about the physical proofs: I was looking at my book. That was how it would look to readers. But, something you might not know is that there isn’t just one way to print a book; in fact, through CreateSpace, there are four different versions I could create based on choosing a gloss or matte cover and white or cream pages.

For my first proof, I opted for the matte cover with white pages. I loved it, and likely would have been fine with it, but when I had to order a second proof to verify I had accurately fixed all the problems in the first, I decided to see what the gloss cover and cream pages looked like. You can see each in the comparisons below. 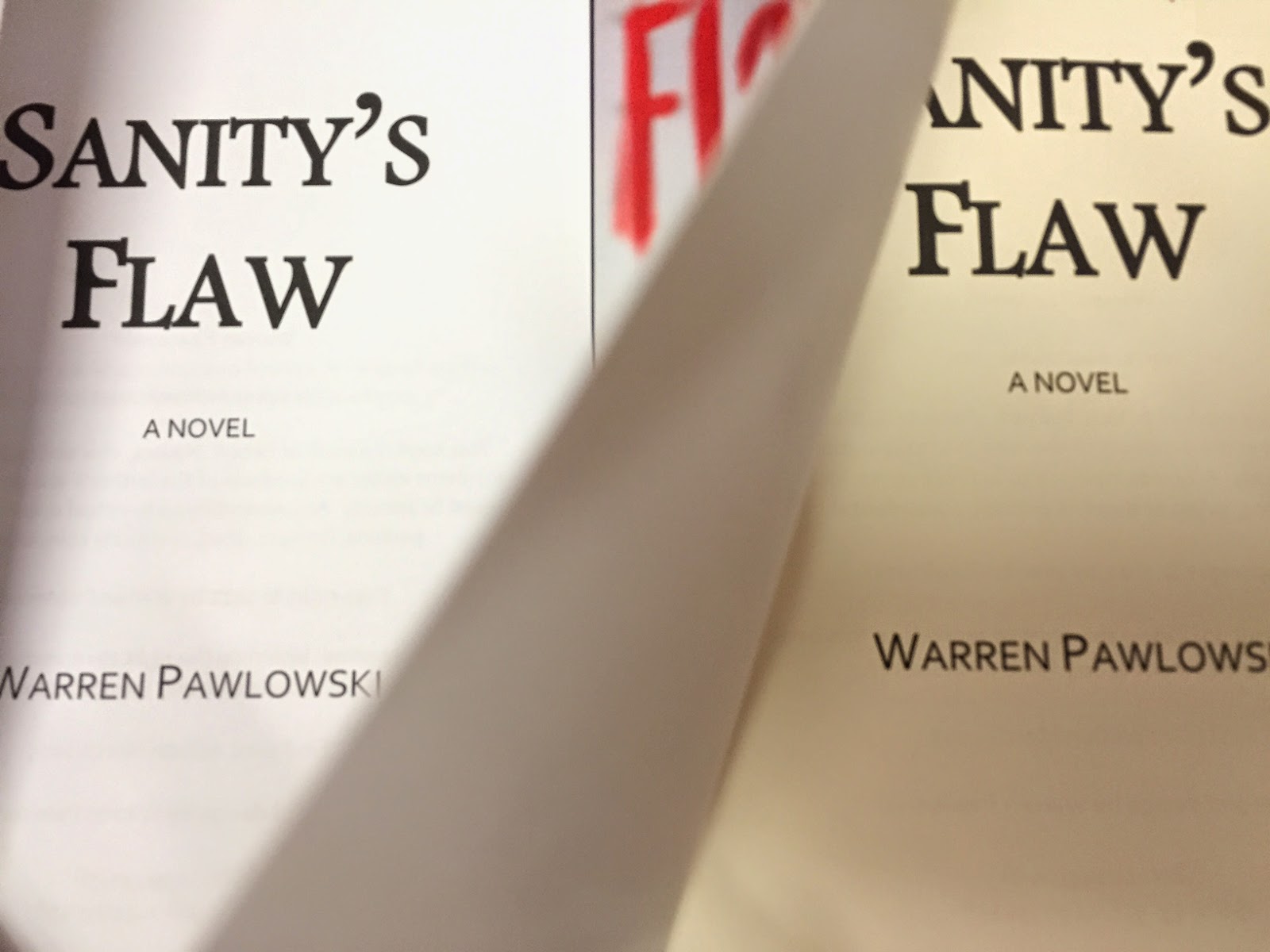 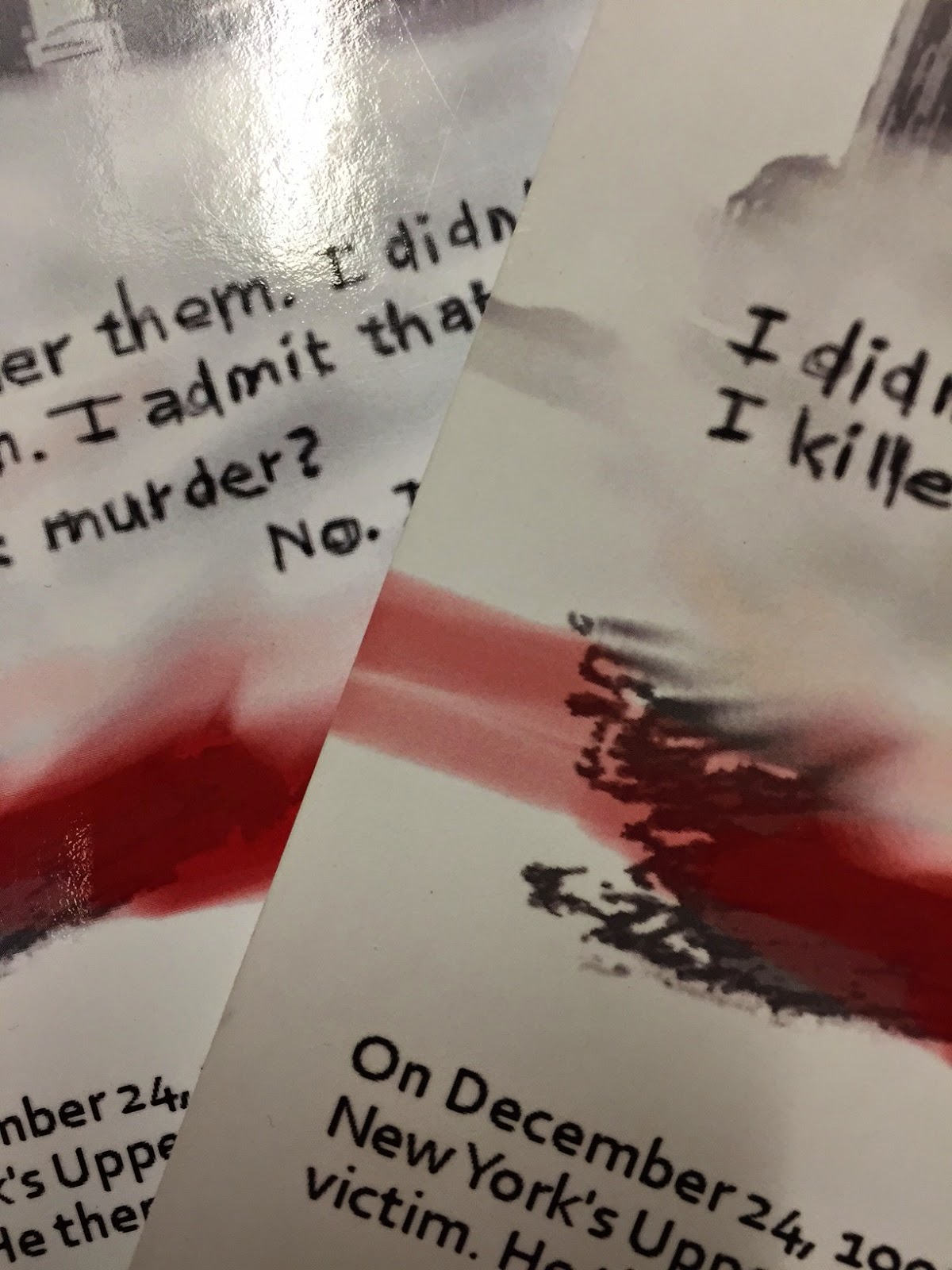 One thing to also note: though it's hard to tell in the image above, the cream pages are of slightly thicker stock than the white pages, making the spine marginally wider. It didn’t affect my decision, but it’s certainly noticeable.

After some time with both versions, I opted for an amalgamation: gloss cover and white pages. Though the gloss oddly reminds me of a text book and I can feel the font faintly embedded in the stock, it "feels" better in my hands after some use and, again taking a note from Stephen King, looks more professional outside of a blend option for the two. The cream pages, meanwhile, would likely fit well with a book that has a darker cover, but since a majority of mine is white, the pages simply look stained or old.

There’s only one more step: accepting the proof. I recently gave the book another read to weed out any further changes, and my wife has graciously volunteered to do the same.

The most egregious thing I noticed in this read? Only about fifty pages in, I spotted a cultural reference made about four years early.