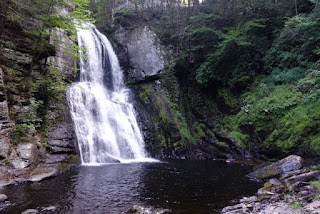 This past weekend, together with my wife and son, I escaped the negativity and callousness of the world, the life, the people we know in favor of a joyous romp through the Pennsylvania countryside, trading cubicles and computers and desks for woods and trees and a car with a bottomless tank of gas.

I’m exhausted now. Could be that was the five miles or so we hiked with a baby strapped to us Yoda style, or could just be the seemingly unending drive-a-thons we needed to take getting from every Point A to every Point B. Today, I’m two coffees deep. The third is just inching around the corner.

Did you see that Uber fact about men who have two to three cups of coffee a day? Believe it.

Highlight of the miniscule journey aside from the pleasantries of spending some much-needed stress-free time with my family was undoubtedly the chance to once again explore Bushkill Falls. I’d been there several times when I was younger, but don’t remember all that much today (as is typical for me—too much crap floating around knocking off memories like space junk to the ISS). 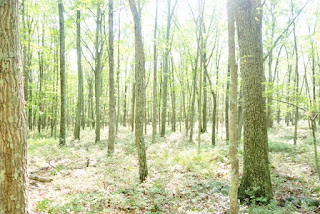 And walking this area, taking pictures of the falls, balancing on the rocks, feeling the touch of slate and sap and limestone beneath me, I grew more inspired toward a book I randomly thought of several months back, which hasn’t gone much further beyond a scribbled idea. Despite that, I know for a fact it will be one that I actually write, as it explores a still-developing aspect of my personality that’s nonetheless been with me from the get-go: my sense of discovery, of first-hand knowledge, of seeing the unseen.

I may need to write it sooner than I plan, I suspect.

That wasn’t the only story to worm into my thoughts as we settled back on our queen-sized and tried to drift off to far-too-riveting episodes of Bar Rescue, which is simply a glorious show, especially when it delves into bars where full-on shame porns were filmed on a leather couch still present and accounted for. Why anyone would think that is a good idea is beyond me. Anyway, first and foremost on my mind, as it has been for a few weeks now, is the cover for The Nobodies.

See, I’d been considering one certain cover that would be a touch of an evolution of one from that ill-conceived contest of mine. Except, I didn’t really like it. It was good, don’t get me wrong, but I didn’t think it truly captured what the book is about. Which is why I’ve been struggling with it. Sure, it reflected a theme or two, but that was about it. It wasn’t grand, wasn’t marvelous.

The other night, I think I came up with the answer. 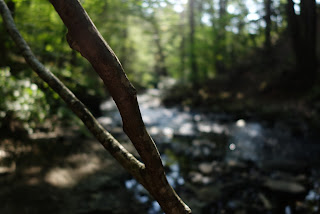 Walking Dixie, examining the way the setting sun hit upon the edge of a dying tree as I passed, the image simply occurred to me. I continued to develop it throughout the night, even waking once or twice with a new concept, and settled on a general look by the next morning. While I’ve two other projects that must be completed by this weekend that will be evaporating my time, it won’t be long I’m certain before I delve headfirst into this revised look.

I need to find more time. It is impossibly precious. And even more so the next few months.
Labels: contest cover design The Nobodies Updates